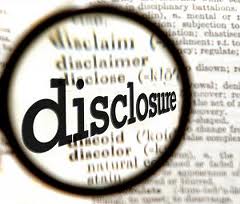 Scenario analysis will be a “key component” in developing effective climate-related disclosure, according to 96% of commenters on the Financial Stability Board’s Task Force on Climate-related Disclosure.

More than 200 stakeholders responded to a consultation launched by the task force to encourage feedback on the first phase of its work, completed earlier this year. The feedback is intended to inform its Phase II report, which will be the basis for voluntary reporting guidelines it will present to the G20 in December.

Of the responses, which came from market players and observers in 24 countries, 96% backed the idea that scenario analysis was crucial to meaningful climate-related disclosure. Forward-looking reporting more generally was also popular with participants, “considering short, medium- and long- term horizons”, while “address[ing] an organisation’s ability to set/achieve targets” received significant support too.

60% of the respondents were financials, while 20% were NGOs. The remaining participants came from the education, energy and materials sectors, or identified themselves as “other”. Nearly a quarter (24%) were based in the UK, closely followed by respondents in the US (20%). France constituted 10% of the remaining feedback.More than 90% of responses said disclosure recommendations should cover diversified financials, banks, insurance companies and pension funds. Real estate also garnered around 90%, while credit rating agencies were considered by 60% as a key sector to disclose. Of non-financial firms, there was resounding support for reporting from energy companies, with utilities, materials and industrials also scoring highly.

Equities was the asset class seen as most important to the task force’s work, according to the feedback.

Respondents highlighted potential problems with the alignment of any new disclosure guidelines to those frameworks that already exist. They also pointed to the absence of a universal price on carbon risk as an obstacle, and identified a “lack of coordination” between regulatory actions on climate change and investors’ decision-making criteria.

Overall, 93% of participants believe that the FSB task force is focused on the right things as it enters the second phase of its work, which is due to be published early next year.