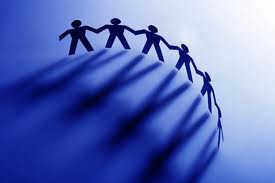 The Cabinet Office gave Access a £60m endowment to spend out over ten years on its grant programmes.

Speaking to RI, Janie Oliver, Finance and Operations Manager at Access, said the organisation spent time thinking about how it could use the £60m with “total impact” instead of holding the funds in a bank.

It developed a working group to discuss possible frameworks and define what it wanted from social impact and its asset allocation. The group included Access’s staff and trustees and two independent advisors from Social Finance UK and impact investor Bridges Ventures, working in a personal capacity.

On asset allocation, the group decided a portfolio comprising of mostly bonds was the best option.

Oliver says the group was unsure about equities due to current market volatility and its need for a regular cash flow to be able to pay out grants. She added that listed equities weren’t as suitable in gaining social impact. Bonds, she said, were more financially secure and socially impactful.

Big Society Capital has adopted a similar strategy for its treasury portfolio that will see AXA IM invest mainly in social and green bonds on its behalf. It hopes the move will catalyse the social bond market.

On defining social impact, the working group explored Bridges Ventures’ “Bridges Spectrum of Capital” that ranges investments from “impact-only” with no financial return to “financial-only” with limited ESG integration.

“We look at where we wanted to sit on the spectrum,” said Oliver.

Through this it developed the “Bull’s Eye” impact framework that places Access’s investment mix in concentric circles with its social impact target or “Bull’s Eye” in the centre.“The main priority is to increase access to capital for charities and social enterprises which are typically charity bonds. That’s our Bull’s Eye.”

Access’ portfolio mix is currently mostly bonds with best in class ESG (48.15%). Charity bonds make up 20.16% of its portfolio. Oliver says it’s hoped its charity bond mix will increase over its ten-year span.

Rathbones, who was selected by Access to manage the strategy, offers fixed income social investment products. The Rathbone Ethical Bond Fund was one of the first investment vehicles offering investors access to charity bonds.

Oliver said Access took a conscious decision to tender for a fund manager.

“We wanted to encourage asset managers to grow in this space and develop a model that others could look to.”

Access had a competitive tender with eight asset managers. Oliver said that during the scoping process some asset managers said they would be unable to meet Access’ requirements, while some were very interested. “All said they were getting asked about this more and more,” she added.

She said there was appetite among UK foundations for similar strategies with their investment pots, but said they struggled with the resources and expertise to analyse social impact investments, such as charity bonds.

She said that Access was still thinking about how it would benchmark its portfolio.

“Our main focus is how well the portfolio is performing against the Bull’s Eye. Financial is secondary from a return perspective. We are looking for a yield around 2%. The capital has to look secure and not be eroded. And the returns mustn’t dip below inflation.

“On the financial side we can’t benchmark to a traditional portfolio but we will look at developing this over time.”

The Chief Executive of the Access Foundation is Seb Elsworth, who prior to the role was Deputy Chief Executive at the Social Investment Business and Director of Strategy at charity chief executive network Acevo.