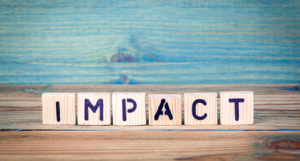 The G7 Impact Taskforce (ITF), set up in July to promote impact-driven economies, has said it supports efforts by the International Sustainability Standards Board (ISSB) to create a global reporting baseline linked to enterprise value, but recommends countries “build upon this” to include any impacts on stakeholders these reporting standards do not address.

The ITF was launched in July by the UK as part of its G7 Presidency, with a raft of big responsible investor names among its members. It is overseen by the Global Steering Group for Impact Investment (GSG) and the Impact Investing Institute, and will look at ways to create financial instruments that create positive social and environmental impacts in the wake of the Covid-19 pandemic. One of its working groups focuses simplifying and harmonising existing impact reporting methodologies and accounting, with an emphasis on promoting transparency and industry integrity.

It made the comments about the upcoming global sustainability reporting standards, being developed by the International Financial Reporting Standards (IFRS)-governed ISSB, in its Time to deliver: mobilising private capital at scale for people and planet, report published yesterday with a series of recommendations – aimed at public and private-sector stakeholders – in order to finance a Just Transition.

In the report, the ITF said there is strong support for the ISSB efforts to create a global reporting “baseline” on impact related to enterprise value. It called on governments to participate in the IFRS-ISSB’s upcoming consultation to the standards, but in addition it recommended countries build upon this to include any impacts on stakeholders that the baseline does not address.

The remarks come amid concerns that the diverging approaches of the ISSB – a new body launched at COP26 – which focuses on the impact of sustainability factors on company values, and the broader ‘double materiality’ approach covering the impacts of business activities on society and the environment, which will underpin the EU’s new corporate disclosure regime developed by EU accounting body the European Financial Advisory Group (EFRAG), will lead to a further fragmentation of reporting standards.

When asked by RI whether the ITF recommendation for governments to “build upon” the ISSB approach referred to double materiality – a term not specifically used in the report – a spokesperson said: “The ITF supports EFRAG’s push in the EU as an example of a build. In Europe, this is referred to as double materiality, but terms varied across the global Taskforce — so the decision was made to focus on the Baseline and Build framing instead.”

“The ITF believes that it is not a tension nor divergent but rather a build, with jurisdictions moving at different paces. The ITF does not support the idea that one approach has to ‘win’ – but rather, at a minimum, the baseline should be adopted urgently and in addition, a build like EFRAG should be adopted,” the spokesperson added.

Yesterday’s report,  which calls for impact accounting to be mandatory for businesses and investors “to harmonised standards”, sets out recommendations for how governments can “build” on a baseline linked to enterprise value. “This can happen through changes to company law and the scope of directors’ duties, voluntary and mandatory disclosure, and further evolution of accounting and assurance standards to cover all impact data, not just data related to enterprise value,” the report said.

“Critically, governments can mandate that statements on impact disclose the limitations, thresholds and assumptions underpinning them, and any basis for deciding what is material.”

This follows comments made for example the UK FCA’s Sheldon Mills and the EU Commissioner Mairead Mcguinness, both of whom have described the IFRS standards as a ‘ceiling’ or common global baseline for sustainability disclosures, while national standards would capture relevant impact priorities and policy objectives.

And last month, the Principles for Responsible Investment (PRI) and Value Reporting Foundation, among others, announced plans for a new Impact Management Platform, which will sit alongside the ISSB standards.

The PRI and VRF have collaborated with the Global Reporting Initiative (GRI), OECD and World Benchmarking Alliance on the initiative, which they say will “mainstream the practice of impact management”. It will serve as a “complementary forum” to the International Sustainability Standards Board (ISSB), they said.

But many are critical of the idea of building on a broader, enterprise-value linked baseline. As RI previously reported, the IFRS are under pressure to include representatives from EFRAG to aid convergence.

Jean Rogers, who set up the Sustainability Accounting Standards Board in 2011, said the diverging routes are “setting up a needless power struggle.” Rogers, who is Blackstone’s incoming ESG head, added the ISSB was “another voluntary standards setter with no enforcement capabilities”, while the EU standards “actually have teeth” in an interview with Climate & Capital. “So far, ISSB is just blah, blah, blah,” she added in a nod to recent criticism of governments’ climate action by Greta Thunberg.