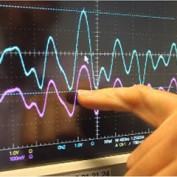 Asset management giants GAM and Investec have joined existing investors such as Climate Change Capital and RobecoSAM Private Equity in backing UK-based energy efficiency firm Nujira.
Nujira specialises in so-called envelope tracking technology that saves battery power in smart phones and tablets. It has over 200 patents and plans to commercialise its technology under the Coolteq brand this year. It’s expected the technology will become a standard component in 4G devices and the firm is in talks with all major smartphone chip makers.
“The new investment will be important in helping us execute our aggressive growth plans, as we look to take advantage of our position as the leading authority on envelope tracking,” said CEO Tim Haynes.
It’s the latest show of support for cleantech by institutional investors, following similar investments such as that by Singapore’s GIC state fund in fuel cell firm Intelligent Energy and the New Zealand Superannuation Fund’s backing of power generation outfit Bloom Energy.GAM and Investec are new investors in the company as part of a $20m (€14.5m) funding round that included existing backers Climate Change Capital’s private equity arm and RobecoSAM Private Equity, which is part of the Swiss sustainability boutique.

GAM is part of Swiss-listed GAM Holding Group which has CHF114.4bn (€93.7bn) under management. Its investment is on behalf of GAM Star Technology strategy. Investec is the banking and asset management group. Nujira, which was founded in 2002, is consistently recognised in the Global Cleantech 100. Announcement