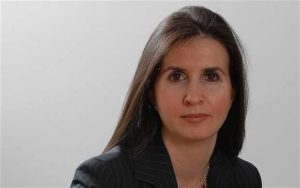 Katherine Garrett-Cox, former CEO and CIO of Alliance Trust, has said investment consultants have been “terrible” in the impact investment space, and that pension fund consultants especially are a “roadblock that needs to be broken down”.

Garrret-Cox, who despite leaving Alliance Trust after a bruising boardroom battle is still a member of the supervisory board of Deutsche Bank, was speaking at the Economist Impact Investing Conference on a panel debating how to drive demand for impact investment products.

During her time leading Alliance Trust, she oversaw a big sustainability push at the organisation, buying in 2012 Aviva Investors’ £1.5bn sustainable funds business for £1m.

She said corporates were much further advanced than investors in the space.

“Investors are late to the party,” she said. “Consultants have been terrible, pension fund consultants especially. They are like sheep who follow the herd. It’s a roadblock that needs to be broken down.”

Similar comments towards consultants were made at the recent RI Europe event in London. Janice Turner, co-chair of the Association of Member Nominated Trustees (AMNT) said there was a lack of advice from consultants on the ground talking to trustees on ESG issues despite declared awareness at a top-level in the industry.

It comes as the consultant sector faces a potential shake-up as part of the Financial Conduct Authority’s (FCA) Asset Management Market Study due to be published next week.

The highly anticipated report is expected to propose big changes to the UK fund sector, including a potential ‘all-in fee’ to improve transparency around fund charges.

And for the first time the FCA has assessed the UK’s investment consultants. In a 200-page interim report, which has been under consultation for the past six months, the FCA considers whether to refer the investment consultant sector to the UK’s Competition and Markets Authority for investigation.

The FCA says it finds that the investment consultant market is relatively concentrated and switching rates are low. It also says that, on average, consultants are not able to identify managers that offer better returns to investors and that they do not appear to drive significant price competition between asset managers.The FCA also notes an increasing conflict of interest in that investment consultants can also offer fiduciary management and it speaks of a strong culture of gifts and hospitality in the sector that could influence ratings given to fund managers.

The consultation paper highlights the influence of consultants with the FCA calculating that an additional fund recommendation from a consultant led to an increase in assets of $460m for the relevant fund the following year – an increase of 53%.

The FCA also recommends that the Treasury bring the provision of advice provided by investment consultants to institutional investors within the regulatory perimeter.

The Principles for Responsible Investment strongly supports this recommendation: “The key strategic position of investment consultants makes analysis of their practice particularly important. It also amplifies the importance of the knowledge and intention of asset owners in their interaction with investment consultants.”

In a consultation response, the PRI also recommends that the FCA review whether an investment consultant’s failure to include ESG factors in advice is a breach of their duty of care given the fiduciary duties of the investors they serve.

It notes that other markets have engaged in broader regulation of investment consultants and the management of conflicts of interest, highlighting the US SEC and Department of Labor that prepared a questionnaire for fiduciaries to ask of their advisors. It says the FCA could provide a similar tool-kit approach for investment consultants.

Other recommendations the PRI made to the FCA are: extend the market study to include ESG issues; clarify the duties asset mangers owe to their clients and end investors; and look at fund managers’ comparability on costs, portfolio turnover, research and stewardship.

With reporting by Paul Verney.