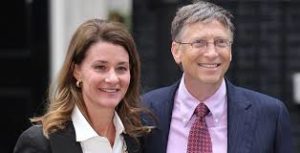 The investment trust of Microsoft billionaire Bill Gates and his wife Melinda is making a rare governance push in a bid to protect its investment in a Swiss adhesives company called Sika that is subject to a controversial takeover bid.

The trust and other investors reckon Sika is a well-run company that has produced outstanding results even during the global financial crisis. The investors are doing what they can to block what they see as a predatory bid by French glass group Saint Gobain, sources say.

The Gates foundation’s involvement in Sika, where it has a 3% stake, is believed to be its first high-profile governance intervention. In the latest development, the $42bn (€39.7bn) Bill & Melinda Gates Foundation Trust has written to Switzerland’s Takeover Commission to clarify whether Saint Gobain may gain control of Sika by simply acquiring a special minority stake instead of bidding for all Sika shares.

Saint Gobain wants to acquire Sika via the purchase of a 16% stake held by the Burkard-Schenker family, descendants of Sika’s founder. This is possible because the stake comes with majority voting rights and the company’s articles of association permit an “opt-out” of a bid for the rest of Sika’s shares.

Saint Gobain has, however, been held up by Sika’s board, which is hostile to its bid and does not recognise the special status of the family’s stake. The board has called for the matter to be resolved at Sika’s annual general meeting (AGM) on April 14. Topping the AGM’s agenda is a shareholder proposal from Swiss proxy firm Ethos that would strike the opting-out clause from the company’s articles of association.Ethos itself has assembled a coalition of Sika shareholders, including several big Swiss pension funds, to publicly denounce the clause. Ethos’ campaign is supported by several Anglo-Saxon investors, including the Gates Foundation – though the two camps, which represent 14% of Sika’s share capital, are acting independently of one another.

Frustrated at the events, the Burkard-Schenker family asked the Swiss Takeover Commission to rule on whether Saint Gobain, through the opting-out clause, can legally gain control of Sika. Last Friday (March 6), the Commission issued its finding in an ambiguous announcement. Though it affirmed the validity of the opting-out clause in Sika’s articles of association, it did not clarify whether Saint Gobain could use it.

The Gates Foundation and Cascade, Gates’ personal wealth manager, have, as a result, written to the Commission seeking clarity. Commenting on the action, Ethos said: “We support the request of the American shareholders and, in general, every step taken to protect the long-term interests of Sika and its minority shareholders.”

Contacted by Responsible Investor, the Commission declined further comment on the Sika case. The Gates Foundation in London also did not return phone calls.