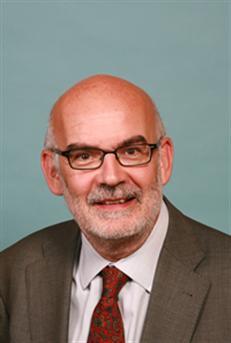 The struggle for control of Swiss adhesives firms Sika has taken a new turn, with the $42bn (€38.2bn) Bill and Melinda Gates Foundation Trust and asset management firms Threadneedle and Fidelity urging fellow Sika shareholders to support an audit of the company on the one hand and the appointment of a special expert committee on the other that would include leading corporate governance figure Peter Montagnon.

Montagnon is the former Financial Times journalist who has chaired the International Corporate Governance Network (ICGN). Currently Associate Director of the Institute of Business Ethics, he is a member of the Corporate Governance Advisory Board of Norges Bank Investment Management. He’s also held senior roles at UK governance watchdog the Financial Reporting Council and the Association of British Insurers (ABI).

The other members of the committee proposed by Gates and the others are Peter Spinnler, an independent director and former manager at Swiss private bank Julius Baer, and lawyer Jörg Walther, who would chair the committee. In an e-mail to Responsible Investor clarifying the committee’s role, Montagnon said: “If appointed at the AGM, the committee’s job will be to monitor and inform shareholders about how matters involving both Sika and Saint Gobain are being handled. This will enable them to judge whether there has been fair play.”

Corresponding shareholder proposals from the three investors, who represent 8% of Sika’s share capital, are the last agenda point for Sika’s annual general meeting set for April 14.

They say the audit is necessary because of the “troubling” events that led to Saint Gobain’s contested takeover bid of Sika. As reported, the French glass firm is seeking to take control of Sika by acquiring a 16% stake held by the Burkard-Schenker family that has majority voting rights. Sika’s articles of association would then permit Saint Gobain to “opt-out” of bidding for the rest of the shares.

Regarding the special audit, the Gates/Threadneedle/Fidelity camp write: “The special audit request focuses on whether any non-public information regarding Sika was made available to Saint-Gobain and whether any Board members had knowledge or were involved in the sales process (to Saint Gobain).”Specifically, the audit would cover the actions of Sika executives over the last 24 months prior to the AGM in April. Three of the nine members of Sika’s board represent the Burkard-Schenker family and support Saint Gobain’s takeover. The other six members, led by Chairman Paul Hälg, staunchly oppose it.

Regarding the expert committee, the investors added: “Under Swiss law, special experts can be put into place to allow for the review of a company’s business conduct. They can be appointed by the majority of the share capital represented at the AGM and without regard to the enhanced voting of the registered shares.” The committee would serve until Sika’s AGM in 2017.

While Sika’s board has endorsed the proposals from the Gates/Fidelity/Threadneedle camp, proposals from Swiss proxy firm Ethos that will be voted on earlier at the AGM may render them merely symbolic. That’s because Ethos recommends that Sika’s shareholders not only stop Saint Gobain’s bid but oust the three Sika board members who back it.

Among other recommendations, Ethos says shareholders should vote for its proposal to strike the opting-out clause from the company’s articles of association. This would scupper Saint Gobain’s bid, as it would be forced to bid for all of Sika’s shares.

Ethos’ recommendations coincided with an apparent legal victory for the anti-Saint Gobain camp. On Monday (March 23), a Swiss court denied a request by Burkard-Schenker to overturn a decision by Sika’s management to strip the 16% stake of majority voting rights. Oddly, though, Saint Gobain refused to acknowledge that it had lost the legal fight over the Burkard-Schenker stake.

A spokeswoman told Reuters that the French company still expects to complete the takeover of Sika by the end of June. This, however, depends on Saint Gobain winning the shareholder vote on Ethos’ motion to nix Sika’s opting-out clause on April 14.

(Clarifies call for both a special audit and the creation of a special expert committee, chaired by Walther.)