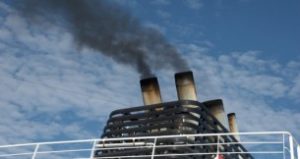 Japanese shipping giant, Nippon Yusen Kaisha (NYK), has announced plans to issue the country’s first corporate green bond following government approval. Its announcement comes just days after a landmark international agreement to curb the shipping industry’s carbon emissions was reached at the 72nd meeting of the United Nations International Maritime Organization (IMO), the industry’s regulator. The pioneering ¥10bn (€75m) five-year bond will be used to help finance the firm’s sustainable shipping strategy: Roadmap for Environmentally Friendly Vessel Technologies. The shipping industry – the last sector to articulate a climate change strategy – has agreed (13 April) to reduce its total greenhouse gas emissions “by at least 50% by 2050 compared to 2008, while, at the same time, pursuing efforts towards phasing them out entirely”.
NYK has been approved by Japan’s Ministry of the Environment (MOEJ) to issue green bonds in the fiscal year 2018. It is the first Japanese company permitted to do so. The bond’s issuance is scheduled for May and will be managed by Mitsubishi UFJ Morgan Stanley Securities Co. Ltd. and Nomura Securities Co. Ltd.
ESG research house VigeoEiris will conduct the third-party review.Mitsubishi UFJ Morgan Stanley Securities has also been appointed “Green Bond Structuring Agent”, responsible for supporting the “issuance of green bonds through the formulation of a green bond framework and advice on acquiring second opinions”, according to the press release. NYK has also announced its plans to participate in an industry working group to be established by the Climate Bonds Initiative and will cooperate in formulating evaluation criteria for green bonds issued by shipping companies. Funds raised by the green bond issuance will be directed towards financing: 1) Lower emission, liquefied natural gas (LNG) fuelled ships, 2) LNG bunkering (re-fuelling) vessels, 3) ballast water treatment equipment to protect local marine biodiversity, and 4) (4) SOx (sulphur oxides) scrubber systems. Harmful sulphur emissions have also been on the IMO’s radar. In 2016, the UN body strengthened regulation on the issue stipulating that from 2020 sulphur can only make up 0.5% of fuel, down from 3.5%.
In April 2017, the European Investment Bank and Dutch bank ABN AMRO also attempted to promote sustainable shipping by signing an agreement to provide €150m to support investments for greening the European shipping fleet.