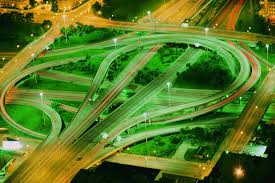 Efforts to ‘green’ the fixed-income market have stepped up in recent days, in signs of a growing trend in the market. Institutional investors and issuers are being asked to back two new initiatives focused on sustainable infrastructure, launched by Ceres, The Climate Bonds Initiative, Mission2020, CDP, The Climate Group and the Offices of the California Governor and Treasurer, among others.
The Green Bond Pledge, unveiled last week at the Climate Bonds Initiative annual conference, seeks to put pressure on municipalities, public authorities and major corporates to issue labelled green bonds when fundraising for infrastructure expenditure, in a bid to align more new infra with the Paris Agreement.

Issuers will be “widely sought”, the organisers say, with an initial aim of gathering “significant momentum” ahead of the Global Climate Action Summit in San Francisco in September. It will continue in the run up to the UN climate summit next year.
Both Patricia Espinosa, the current Executive Secretary of UN Climate Change (UNFCCC) and Christiana Figueres, the former Executive Secretary and current Convenor of the UN’s Mission 2020 project, have got behind the initiative.
Figueres, speaking at the CBI event in London, told the audience that infrastructure will demand the greatest level of investment of any sector in order to meet scientific targets for decarbonisation.
“That’s for two reasons: because there’s a huge amount of carbon embedded in the generation of power, and there’s a lot of carbon embedded in the irresponsible use of that power.” She added that the sector offered a “huge investment opportunity… Because infrastructure [in Europe] is ageing and needs renewal”, with experts estimating some $90trn of investment will be needed globally.“We need to make sure that there is no infrastructure being built that is not resilient to climate change because, if there’s one thing we know for sure, it’s that every single piece of infrastructure is going to be prone to the effects of climate change. We also have to make absolutely sure that no infrastructure is built to serve a high-carbon economy.
“So resilience and low carbon must be the basis of all infrastructure, and that means resilience and low-carbon must be the basis of all investment.”
To encompass this, in parallel to the Green Bond Pledge, the same group of industry bodies are asking investors to sign a statement “supporting the proposition that climate-related risk will increasingly exert pressure on infrastructure and capital project integrity, which bond issuers must pay attention to when committing public resources and investment capital”. RI understands that this statement could eventually become a pledge in its own right.
Shortly after the two initiatives were announced, the Loan Market Association and the Asia Pacific Loan Market Association partnered with the International Capital Markets Authority to launch the Green Loan Principles – an extension of the Green Bond Principles and the Social Bond Principles. The principles are described as “a high-level framework of market standards and guidelines, providing a consistent methodology for use across the wholesale green loan market, whilst allowing the loan product to retain its flexibility, and preserving the integrity of the green loan market while it develops”.
The three new developments reflect an increasing push to broaden the sustainable fixed-income market from renewable energy and energy efficiency-focused green bonds to other project-types and asset classes. Today, RI reported that fixed-income heavyweight Pimco had hired former Global Compact Deputy Executive Director, Gavin Power, to help drive its ESG work. Last week, AP2 told RI it would turn its attention to ESG in its corporate bonds portfolios, and Japanese pension giant GPIF also recently launched a partnership with the World Bank to look at integrating ESG into bond portfolios.