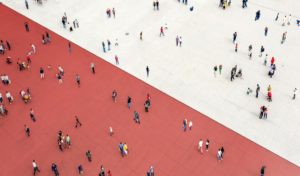 The UK pensions minister and a £500bn alliance of asset owners including the BT Pension Scheme, Brunel, Nest and Scottish Widows have called on asset managers to implement client-led voting in pooled funds.

Opperman urged asset managers “to join those already bringing forward products that do not require trustees to switch to a segregated mandate in order to express their wish on voting”.

As previously reported, number of investment heavyweights including BlackRock and DWS have announced plans to give trustees the chance to give expressions of wish for their holdings in pooled funds. Despite this, both these were among the 44 investors receiving the letter.

The letter also draws attention to the recommendation made in a report by the government-established Taskforce for Pension Scheme Voting Implementation (TPSVI) that the government should ask the Law Commission “to propose legal frameworks” for allowing asset owners a say – described as “the nuclear option” – if the industry does not move fast enough. Opperman said he was “keen to monitor progress”.

In a separate letter, the Occupational Pensions Scheme Stewardship Council, a government-convened forum for promoting high standards in stewardship, said it expected “that asset managers work to ensure better and more open, honest communication with clients about voting”. The Council requests that the managers share details of their plans in five voting areas, including whether they plan to facilitate client-led voting in pooled funds and allow clients to override specific votes. Aggregated responses will be released next year.

Last month, some of the largest asset managers in the world told RI that they had no plans to implement split voting. While LGIM said that split voting was “the undoubted direction of travel”, Abrdn said that implementing split voting “may diminish our ability to meet the standards of stewardship we endeavour to deliver” and big three managers Vanguard and State Street said they had no current plans.

Maria Nazarova-Doyle, Head of Pension Investments and Responsible Investment at Scottish Widows and TPSVI member, said that asset owners “are being left out of the decision-making process”.

“Receiving reports months after the voting has happened leaves no room for engagement and no ability to influence what action is taken within the billion-pound portfolios that the pensions industry is collectively responsible for,” she added.

"Stewardship, including engagement and voting, has the power to make a huge difference in the real world, be it on environmental issues, issues of social justice, workers’ rights and many more. Asset owners have a crucial role to play in being responsible stewards of this capital and their voice has to be heard.”

Diandra Soobiah, Head of Responsible Investment for Nest, said that while many of Nest’s investments were in segregated accounts which allow for a client-set voting policy, “we believe these options should be available to all. Pension funds should not need to change how they hold their assets to gain a voice.”