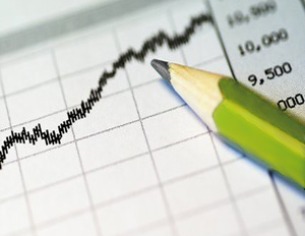 German ESG research firm Oekom has reported that the Global Challenges Index (GCX), which it runs along with the Hanover bourse, has outperformed the benchmark Dax and EuroStoxx indices since the index’s start roughly five years ago. Oekom said, that in the five years prior to 31 August 2012, the 50-member GCX had gained 1.6%. The Dax, meanwhile, was down 8.3% and the EuroStoxx 32.7%. The only benchmark to have outperformed the GCX during the five years was the MSCI World Index, which gained 3.5%. Between January and August of 2012, the GCX, with a gain of 19.3%, had outperformed all three benchmarks, oekom said. The Dax was up 16.9%, the MSCI World 14.1% and the EuroStoxx 7.1%. “The data shows that the GCX has been less affected by the financial and economic crises of the past years than the benchmarks,” oekom said.The GCX has attracted €100m in assets, much of which have come from German institutions. In deciding whom to include and whom to exclude in the GCX, oekom and the Hanover bourse are advised by a panel of experts from ecumenical organisations, Unesco, the International Labour Organisation and the World Wide Fund for Nature (WWF). Beyond meeting their sustainable criteria, eligible companies must have a market cap of at least €100m. In related news, oekom said that as German solar panel firm Q-Cells no longer fulfilled the GCX’s market cap requirement, it had been removed from the index. Q-Cells was acquired by South Korean firm Hanwha after declaring itself insolvent last April. In its place comes US carpet tile maker Interface. According to oekom, Interface’s sustainable credentials include the recycling of old carpet tiles into new ones, and its efforts to reduce the ecological impact of its tiles.