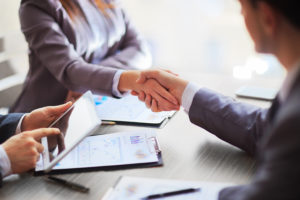 Generation Investment Management, the sustainability boutique chaired by former US Vice President Al Gore, says it is ditching the “quiet diplomacy” approach to corporate engagement as it has been a “complete failure”.

In remarks at an investment conference organised by data and ESG firm MSCI in London, Generation partner Mark Ferguson said “we’ve failed” and “watch this space” for a more robust approach in the future.

“Quiet diplomacy has not had the results we wanted. We’re re-thinking this,” he said.

Fellow panellist Mark Campanale, founder of Carbon Tracker, mentioned he knew of a London fund manager that insisted on engagement over divestment at an energy firm. Over the five years of the engagement, the investment lost 70% of its value, he said.

But Anna Hyrske, Head of Responsible Investments at Finland’s Ilmarinen, defended shareholder resolutions, saying that the Climate Action 100+ motion at BP states that all new capital expenditure has to be Paris compliant.

Campanale asked her how Ilmarinen would vote at Exxon, and she said: “We don’t hold Exxon.”Ferguson, who is co-chief investment officer of global equities at Generation, said active asset management – in the face of the growth of passive management – was having a crisis of legitimacy, and that climate change was an obvious opportunity for active management to re-define itself.

Active capital allocation for societal needs was still seen as a “side-bar issue” when it needed to be the core proposition.

In this context, Ferguson said, issues such as voting and engagement were less important.

He said the one thing asset owners could do at a stroke was to use ESG/low carbon benchmarks: “Just pick a different benchmark [and say] ‘this level of carbon is not consistent with a stable planet’.”

Speaking on an earlier panel at the event, Aberdeen Standard Investments chair Martin Gilbert hailed the benefits of engagement. Gilbert, who is also on the board of mining giant Glencore, credited a Church of England-led campaign with making the mining giant recognise the Paris Agreement and limit its coal output.

“Without the encouragement of the asset owners we wouldn’t have got so far,” Gilbert said.

He added that in his view “ESG, to a certain extent, is done” i.e. has market acceptance. The next phase would be social impact, which would “be a big asset class in 10 years”.