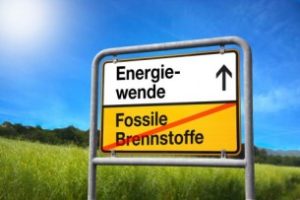 Germany is not only taking global warming seriously but doing something about it! Even before the Paris COP21 agreement, Germany declared it would undergo an “Energiewende” – a transition to a green economy. The targets for the Energiewende are ambitious. By 2020, the government in Berlin wants renewables like wind, solar and biomass to account for 35% of national electricity demand. By 2050 it is to reach 80%. Due in large part to this expansion, Berlin also aims to cut Germany’s greenhouse gas emissions (i.e. primarily CO2) by 40% by 2020 against 1990 levels. By 2050, an 80% cut is envisioned.
So how is the Energiewende proceeding? Regarding renewables, there has been a massive addition of photovoltaic (PV) and wind power capacity, especially since Chancellor Angela Merkel formally announced the project in June 2011. According to Agora, a Berlin think-tank that monitors the Energiewende, Germany will meet its first renewable target well before 2020. That’s because last December renewables already made up 32.5% of national power demand. Included within this figure are wind (12%), PV (5.9%) and biomass (7.7%). Initially plagued by logistical problems due to the far distance from the coast (up to 100 km) the construction of offshore wind parks is in full swing. As a result, experts say the 6.5GW of targeted offshore capacity by 2020 will be met before the date. This is terrific news for the government, as the parks, with their ability to generate a huge amount of power for virtually the entire year, are key to achieving the Energiewende’s renewable goals.
Gerd Rosenkranz, Senior Associate at Agora, says the renewable expansion is going so well that Germany would not necessarily need the offshore parks to meet the goals: “They could also be met by more onshore wind parks and solar, but that would be less popular for aesthetic reasons. Most Germans support the Energiewende, but not all of them want tohave it in front of their house,” he says. Recently, a citizen protest in Bavaria forced Dutch grid connection firm TenneT to amend plans for the line that will transfer electricity from the offshore wind parks to southern Germany. The line will be put in the ground instead of on traditional pylons, adding a few billion euros to the Energiewende’s costs.
Rosenkranz says that, in any event, the government’s reliance on offshore wind was a smart move from an economic and environmental standpoint: “This is because it gives our biggest energy firms (EnBW, E.ON, RWE and Vattenfall) the opportunity to switch from dirty coal and risky nuclear sources to renewables,” he says. And partly jesting, he adds: “Their managers only get up in the morning for big deals like 400MW and more. That’s what these parks provide.”
In terms of financing, Germany’s renewable energy law (EEG) of 2000 already provided a huge incentive to project developers and investors alike. Under EEG, producers of green energy are guaranteed fixed feed-in tariffs for up to 20 years. This is paid for by an electricity surcharge on consumers and most companies. Since June 2011, the renewable expansion has been intense, and the government has had to act to rein in the costs of the EEG by curtailing support for new installations. Sources of private capital have been German citizens via the purchase of shares and bonds in renewable firms or direct investment and, as mentioned, energy firms that build installations. Little capital has come from institutional investors like pension funds and insurers so far (which RI will look at in a subsequent article). That said, Germany would not be as far along on renewables as it is without one key institution: the government’s own development bank known as the KfW.
Although the renewable expansion has gone swimmingly, the same cannot be said of Germany’s effort to cut its ghg emissions. With just four years before 2020, emissions are

down 27% from 1990 levels. That may sound respectable, but it is long way from the 40% target the government set before Paris. Moreover, much of the cut was achieved by shutting down most of East Germany’s environmentally unfriendly industry after the reunification. “The situation is ironic. Although we’re adding new renewable capacity each year, our CO2 emissions are not coming down fast enough,” says Rosenkranz. The problem: Germany continues to rely heavily on coal, which has the most CO2 emissions of any fossil fuel. Indeed, one could say that coal is being used as a ‘bridge technology’ while Germany switches to renewables. Before 2011, Merkel had wanted nuclear to be that technology, but the Fukushima accident in March of that year sealed the source’s fate in the eyes of the government and German public.Mindful of the coal problem, the government has struck an agreement with three energy firms, among them RWE and Vattenfall, to remove 2.7GW of coal capacity from this year. This, along with renewables, more combined heat and power (CHP) and conservation should be enough for Germany to get to 40% CO2 by 2020, the industry ministry says. Rosenkranz, however, is sceptical that it will be enough, saying that upwards of 3GW – or four coal-fired plants – would have to be removed annually. But for energy and economic reasons (i.e. jobs), such a massive removal of coal capacity in a short space of time is not politically viable.
Those who believe in the spirit of Paris will be watching closely whether Germany meets its first key climate goal. If it does, that will send a strong signal that global warming can be mitigated.