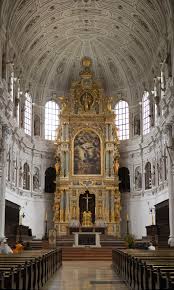 Two multi-billion-euro German church banks have decided against joining the UN-backed Principles for Responsible Investment (PRI), saying that becoming a signatory would involve too much effort and cost.

The push-back, however, has not stopped the PRI from ballooning in terms of signatory numbers. The organisation said 254 new signatories joined the PRI between 12 September 2011 and 9 November 2012, bringing total signatory numbers to more than 1,100, managing assets of more than US$32 trillion. Over the same period, 61 were delisted.
Signatories are delisted if they do not pay the mandatory annual membership fee or participate in the annual reporting and assessment process, or if they choose to voluntarily leave the Initiative.

A spokeswoman for KD-Bank, which has around €2.25bn in assets, said: “We took a close look at it, but decided that because we invest sustainably, getting the PRI label wasn’t worth the annual fee of €10,000.”

BKC cited the reporting requirements in English as the reason why it wasn’t joining. The church bank has around €3bn in assets, €2.1bn of which are in bonds.

Yet James Gifford, Executive Director of the PRI, said that for an investor the size of KD-Bank or BKC, a fee of only €2,900 per year would apply.

“Turning to the reporting obligations, we accept that in the first year at least, the new reporting framework cantake time to complete. However, this reduces considerably after the first year, as the online tool is pre-filled with content provided in the year before, and much of the reporting is around policies and processes, which do not change on a yearly basis,” Gifford added.

The banks’ reluctance to sign up to the PRI highlights the difficulty the initiative has had in signing up German institutional investors, although there are signs this may be changing.

PricewaterhouseCoopers, the consulting firm, last month held a workshop in an effort to get more German investors to join the PRI. The recent addition of the €2bn accountants’ pension fund WPV shows that the principles are gaining traction among German Versorgungswerke – some of the nation’s biggest pension funds.

Said Gifford: “Responsible investment is becoming an industry norm, and there are strong arguments for why investors should be more responsible. These include the investment case, supported by increasing academic evidence, as well as the societal and reputational case, in that investors are increasingly recognising that they have an important role to play in ensuring that the financial system functions in a sustainable way.”

The BKC’s sustainable strategy involves a mix of exclusion and “best-in-class.” Firms excluded are those that deal in armaments, child labour, contraception/abortion as well as nuclear power. For best-in-class, the positive criteria are transparency, good corporate governance and climate protection. Negative criteria are environmental damage, corruption, and the suppression of employee organisations like unions.