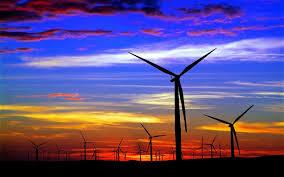 J. Safra Sarasin has been hit by a fresh lawsuit from two German investors who claim that the bank misled them about an investment in insolvent wind park developer Windreich and failed to disclose a conflict of interest that existed between it and the company.

The case turns on the fact that in 2010 and in 2011, Windreich issued €128m worth of five-year bonds, which were bought by thousands of private investors in Germany.

Sarasin’s German arm acted as one of the brokers for the bonds, which after issuance traded on the corporate debt segment of Stuttgart’s stock exchange. The bonds were initially given an investment grade rating of ‘BBB+’ by Creditreform, a German firm that specialises in rating the bonds of small and medium-sized companies (SMEs).

By March 2013, though, Windreich was on the brink of collapse and struggled to make interest payments on the bonds. However, the firm, founded by Chief Executive Willi Balz, managed to avoid declaring insolvency thanks to an emergency €75m loan – from Sarasin.

The bailout proved insufficient, though, and Windreich was put into insolvency administration in December 2013. For the firm’s creditors, including bondholders and sustainable banking specialist Sarasin, this meant default.

Among Windreich’s out-of-pocket bondholders is a retired German couple that is now suing Sarasin’s German arm for €66,200 in damages.

The lawsuit was filed on Monday (March 9) with a district court in Frankfurt, where the unit is based. The couple is being represented by Munich lawyer Klaus Rotter.

In the lawsuit, seen by Responsible Investor, Rotter argues that Sarasin’s top management in Germany was well aware of Windreich’s financial woes but hid this from investors.He writes: “Despite concerns voiced by the Swiss parent company that Windreich was a risky investment, Sarasin’s German management instructed its sales staff to recommend the company’s bonds as a investment for security-oriented investors.” Sarasin’s German arm was then led by CEO Frank Niehage and Deputy CEO Bernd Würfel, who are both named in the lawsuit and whom Rotter plans to call as witnesses.

Rotter also writes that in exchange for selling its bonds, Windreich agreed to pay Sarasin’s German unit a commission in the “six-digit euros” range.

Rotter notes that the emergency loan to Windreich was “hotly debated” within Sarasin’s investment committee.

Speaking to RI, Rotter said that if the lawsuit succeeds, he will follow up with a class-action suit from 20 other Windreich bondholders seeking €3m in damages from Sarasin.

If this happens, it could prompt further litigation against Sarasin from German shareholder association DSW. The DSW represents bondholders who stand to lose €50m.

Contacted by RI, Linklaters, the law firm that is defending Sarasin, declined to comment. Windreich, meanwhile, says it will attempt to raise €180m for debt repayment by selling its stake in Global Tech I, which is a 400MW wind park being developed off Germany’s North Sea coast.

J. Safra Sarasin is already is defending itself against separate lawsuits from two German multi-millionaires who lost tens of millions of euros by investing in “cum/ex” deals offered by the bank. The affair led to the resignation of Eric Sarasin as the bank’s Deputy Chief Executive last November (see earlier report). Sarasin vehemently denies all wrongdoing in the cum/ex deals.