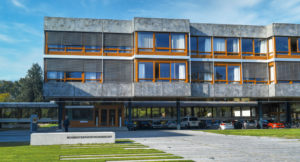 German investors have welcomed a decision by the German constitutional court that Germany’s climate law is partially unconstitutional.

The court ruled yesterday that the current law, which requires the government to reduce GHG emissions by 55% by 2030, was “incompatible with fundamental rights” as it lacked sufficient specifications for reductions from 2031 onwards. It said that the “provisions irreversibly offload major emission reduction burdens onto periods after 2030”.

Germany is in the final stages of closing down its nuclear power industry, which in 2000 accounted for 29.5% of its power generation, but will not require coal power generation to finish until 2038.

Tommy Piemonte, Head of Sustainable Investment Research at the Catholic Bank für Kirche und Caritas told RI the decision was “groundbreaking”. “Ambitious climate protection not only secures the basis for our social cooperation, but also our long-term prosperity,” he said.

“Therefore, from the perspective of financial market participants, it is only logical that states and companies are held legally responsible for their inadequate climate protection or climate damage caused,” he added.

Dirk Soehnholz, CEO of Soehnholz ESG, said that he did not expect the decision to have an immediate effect for asset owners or investors, but said that it could have ramifications for government borrowing: “The most interesting aspect of the new ruling is the question of whether lawmakers should be made responsible for all of their activities regarding the effects on future generations. In theory, that should be the case. In practice, this could for example mean to limit the amount of debt that the government is allowed to take on and/or to limit the overall spending of governments. Both of these measures could significantly impact capital markets and therefore investors and asset owners.”

Christoph Klein, Managing Partner at Frankfurt-based fixed income investor ESG Portfolio Management and a member of the PRI Fixed Income Working Group, also praised the decision. “We are very happy about the verdict as we believe that we all have to increase our efforts to reduce emissions and climate risks as much and as soon as possible,” he told RI.

“The supreme court decision will push policy makers, regulators, companies, bankers and other stakeholders to provide and report relevant data metrics and to work harder to reduce emissions,” he added.

Thomas Liesch, Climate Integration Lead at Allianz, said on LinkedIn that the day of the judgement was “an incredible day […] climate litigation has arrived. And it’s powerful”.

Felix Ekardt, Head of the Research Centre for Sustainability and Climate Policy, who was involved in bringing the case before the court said the decision was a breakthrough: “politicians will have to make massive improvements and set clear and ambitious goals and instruments”.

The judgement says that provisions must be enacted by the end of December 2022 specifying how reduction targets will be adjusted after 2030. Environment Minister Svenja Shulze said that she would present the key elements of an updated Climate Change Act before the end of the summer.

The move was welcomed by her fellow CDU/CSU minister, Economy Minister Peter Altmaier, who said the ruling was a “great, historic ruling, of crucial importance for the rights of young people and the younger generation as a whole”.

However, Olaf Scholz, the Social Democrat Finance Minister, said on twitter: “as I remember it was [Altmaier] and the CDU/CSU who prevented us doing what the constitutional court has now advised us to do, but we can correct that quickly. Are you with us?”

In the face of historically low polling for both the CDU/CSU and SPD, who are in coalition together, the Green Party is widely expected to make a return to government in September’s federal elections.

Its candidate for Chancellor, Annalena Baerbock, said: “The clear message from the constitutional court is that too little climate protection threatens the rights of these and coming generations. We and our children have the basic right to a future. This is an announcement which must have consequences. The time for talking is over.”