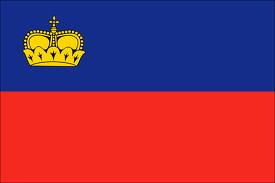 Deutsche Umweltstiftung had teamed up with MAMA AG, a German sustainability consultancy, and the Liechtenstein government and the country’s banking association on the project last July, as reported by Responsible Investor. Named the Carlo Foundation, the agency has offices in Berlin and the Liechtenstein capital of Vaduz.

In a statement, Deutsche Umweltstiftung said its exit was due mostly to Liechtenstein’s efforts to position itself as a hedge fund domicile. “That, however, is in direct conflict with its wish to act as a base for a sustainable fund rating agency,” said Jörg Sommer, CEO of Deutsche Umweltstiftung. So it could no longer defend its involvement in Carlo “on ethical grounds.”Deutsche Umweltstiftung also said that while it was abandoning the Carlo project, it would still work to ensure that “truly sustainable” rating standards were adopted for financial products. As an example, it cited its continued support of a project called “Nehmen und Geben” (to take and give) that could form the basis for such standards.

Yet sources familiar with the situation doubted that hedge funds were the chief reason for the departure. “What we’ve heard is that there was a serious difference of opinion on costs,” the sources told Responsible Investor.

According to Carlo’s remaining partners, the exit will have no effect on the timetable for Carlo. The rating agency is to begin evaluating funds by the end of 2013. Carlo’s partners also are in talks with other environmental NGOs over taking Deutsche Umweltstiftung’s place.