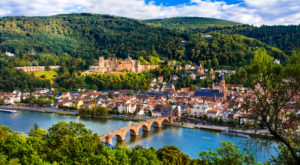 The German state of Baden-Württemberg may have to sell up to a fifth of assets in its top-up pension funds and would be banned from buying US treasuries and sovereign bonds from six EU countries under a proposed new law.

The Law for Sustainable Investing would apply to all €17 billion held by public bodies the state, although its €10 billion pension “top up” funds would be most heavily affected. Estimates suggest these funds – which set aside budget surpluses to meet any future pensions shortfall – may need to sell between 15 and 20 percent of their assets.

The law includes wide-ranging exclusions and alignment targets for state investments, including bans on investment in fossil fuels and controversial weapons, and aligning emissions with the levels set out in the EU’s Paris-aligned benchmark regulation via an immediate reduction of 50 percent and a 7 percent year-on-year reduction. It is currently under consultation, and must go through the parliamentary process early next year before becoming law.

For sovereign investments, bonds issued by states that have not ratified a series of international treaties will be excluded. The US is yet to ratify treaties relating to controversial weapons and women’s rights, and so is excluded, while bonds from Finland, Poland, Latvia, Estonia, Romania and Greece will be excluded for failing to sign a UN convention on cluster munitions.

The sovereign restrictions will have a limited impact on the top-up funds, they do not hold US treasuries due to restrictions on currency risk in bond holdings and only have investments in bonds issued by Finland and Latvia, the latter of which has also failed to ratify a treaty on women’s rights.

The law is designed to implement an item in the coalition agreement between the state’s ruling Greens and the Christian Democratic Union, which called for alignment of public investments with the UN SDGs, Paris Agreement and EU taxonomy.

Arnim Emrich, head of the treasury and asset management division at Baden-Württemberg’s finance ministry, said the specifications of the coalition agreement “were quite specific”.

“Once I entered the topic,” he said, “I realised that probably nobody knew exactly what the implementation could look like and what this meant in terms of restrictions for the portfolio.”

The resulting law ended up deciding on a mix of exclusion rules, as well as tilting and “optimisation” rules to meet the requirements set down in the agreement.

The state had previously put limited exclusions in place for the pension funds for fossil fuels and sin stocks, but Emrich said legislation was required to compel other state institutions – such as the €2 billion foundation Baden-Württemberg Stiftung – to align with the rules.

Asked whether he anticipated that the exclusion of EU states could be problematic, Emrich said the relative size of Baden-Württemberg’s holdings and its sub-national character would likely mean the exclusions would not lead to political or diplomatic issues.

Emrich, who is also responsible for the state’s bond issuances, said: “If a Finnish district decided to invest €10 billion in a different way, that does not affect my liquidity, my rates or my spread – so from a rational perspective, I don’t think the Finnish or Romanian governments would address this diplomatically.”

He noted that the state of Schleswig-Holstein introduced similar restrictions on sovereign investments to its €4 billion investment portfolio in 2020 and there had been relatively limited discussion of the decision, even within Germany.

Baden-Württemberg’s law will put sustainability on a par with liquidity, security and profitability as one of four investment principles for the state.

Asked whether selling a fifth of its portfolio conflicted with any of these goals, Emrich noted that the law contains an exemption allowing investments to continue to be held if selling them would result in a loss.

“We say in the long run that it’s at least a climate risk hedge,” he said. “So it will lower risk but also lower returns in the long run. This is in line with the lower expected return of ESG portfolios in the most recent research. In the short run, if there’s an intensifying of the climate discussion, there might well be another 10 years of outperformance in realised return.

“We believe in climate risk. If we have returns that go down, we will also have a benefit on the risk side. We acknowledge that there’s also a trade-off between the objectives sustainability and return. Anyone who tries to sell the perfect story that everyone benefits on all dimensions from sustainable investing is exaggerating.”