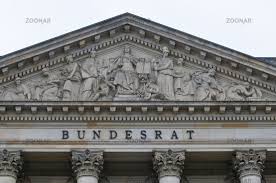 Germany’s centre-left opposition is set to use its majority in the Bundesrat, or upper house of parliament, to block a government draft law that is essentially the country’s version of the historic Minder executive pay curbs in neighbouring Switzerland.

Proposed by Chancellor Angela Merkel’s Conservative CDU/CSU parties after the Swiss electorate approved the Minder initiative in March, the measure aims like its Swiss counterpart to strengthen the rights of shareholders of listed German firms by making say-on-pay votes at company annual general meetings binding.

The proposal has had little coverage in domestic and international media ahead of national elections this weekend. It’s included among a set of technical amendments to Germany’s shareholding laws that are set to be voted on – amid a raft of other issues – on the final day of the parliamentary session.

Listed German firms, including the 30 on the blue-chip Dax index, typically allow shareholders a non-binding vote on executive pay packages proposed by the firms’ supervisory boards.

The draft law not only changes this but goes beyond Minder by requiring boards to inform shareholders exactly how much their CEO, deputy CEO and a third executive are to earn. Under Minder, shareholders only vote on the total amount of executive pay.

The draft law passed the Bundestag, or lower house, in late June with the backing of MPs from the CDU/CSU and from the Liberal FDP party, the junior partner in the ruling coalition.

It goes before the Bundesrat – which is controlled by the opposition Social Democrat (SPD) and Green parties – tomorrow (September 20).The SPD and Greens are poised to block the proposal on the grounds firstly that it would undermine the authority of German supervisory boards, and secondly that its reliance on shareholders could prove ineffective in restraining pay.

The Bundesrat’s judiciary committee, which is recommending the law’s rejection, says: “Annual meetings are typically dominated not by small investors, but by banks, international funds and other institutional investors who are more interested in quick corporate profits than in product quality, customer satisfaction and job security.”

As a result, “it is to be feared that these big investors, in the interest of handsome returns, will continue to approve of excessive executive pay”.

It goes on to say that government-mandated limits on executive pay as called for by the SPD and Greens would be far more effective.
But the ruling coalition has dismissed the Bundesrat committee’s claims. In an explanatory paper, they wrote: “It is simply wrong to say that institutional investors don’t care what executives pay themselves. No shareholder has any tolerance for management that serves itself at the expense of the company’s liquidity and their dividends.”

Strictly speaking, the Bundesrat can only hold up the draft law by sending it to an arbitration committee comprised of MPs from both houses. Once that process is finished, it cannot prevent it from being enacted if the Bundestag passes it again with the government’s majority. However, the delay may be enough to kill the legislation, as neither house of parliament will meet again between Friday and Sunday’s election.