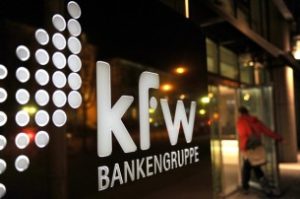 German development bank KfW, a major issuer of green bonds with a volume of €3.2bn, has decided to become a major investor in the bonds as well, launching a programme to buy €1bn of them as the market starts to achieve scale.

In a statement, the KfW said the programme would begin sometime this quarter and that the bonds targeted must be investment grade and certified as “green” (i.e. used for environmental finance) by an independent party.

The KfW has hired Norway-based CICERO (Centre for International Climate and Research – Oslo) to have its own green bonds assured as such.

Said Günter Bräunig, KfW’s Chief Capital Markets Executive: “We regard climate protection as one of the most significant challenges of our time. Beyond our credit activities and green bond issues, the green bond portfolio is our way of meeting that challenge.”

Added Barbara Hendricks, German Environment Minister and a member of KfW’s supervisory board: “By purchasing green bonds, the bank will finance climate and environmental protection projects, including those for resource efficiency, renewables, water and waste management, biodiversity and non-polluting transport.”The KfW’s decision to become a green bond investor comes on the heels of its latest green bond, issued this time in Australian currency. In late March, the Frankfurt-based bank sold A$600m (€424m) worth of five-year, triple ‘A’-rated debt that pays a coupon of 2.4%.

In related news, the KfW announced that it has provided a €300m loan to South African energy utility ESKOM for the purpose of connecting solar and wind parks to the country’s power grid. One of the solar parks, a 100MW facility in Upington, was financed in part by a $100m (€93m) loan from the KfW. According to the bank, the connection of the parks will enable South Africa to save up to 5.5bn tonnes of carbon dioxide (CO2), the main greenhouse gas, annually. “This deal reflects that South Africa, which until now is Africa’s biggest CO2 emitter, is weaning itself from dependence on coal and switching to renewables for power,” said KfW Management Executive Norbert Kloppenburg. Including the ESKOM loan to ESKOM, the KfW has provided South Africa with €1.15bn in finance for projects in the areas of climate/environmental protection, health and violence prevention.