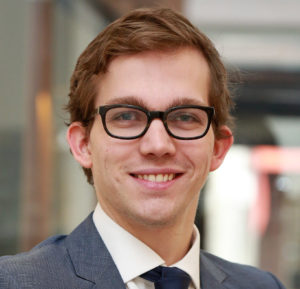 Today, the Central Banks and Supervisors Network for Greening the Financial System will host a high-level international conference on green finance for supervisors, in Amsterdam. The conference is organised by the Bank of England, De Nederlandsche Bank and Autorité de Contrôle Prudentiel et de Résolution (Banque de France). Here, Jakob Thomä discusses new findings about the potential impact of a Green Supporting Factor – one of the most profound measures being considered by the European Commission to help support the transition to a low-carbon economy.

A spectre is haunting Europe – the spectre of the ‘Green Supporting Factor’ (GSF). The policy landed like a bombshell on the European green finance agenda at the One Planet Summit, where Commissioner Dombrovskis argued for reducing capital charges on green financial products. The European Parliament followed up by suggesting reducing risk weights on green investments by 25% for investments below €1.5m and 15% for the portion exceeding €1.5m.
The idea is to start applying this potentially to ‘green’ mortgages and low-carbon auto loans (hybrid / electric), with a potential expansion following the introduction of a EU Green Taxonomy to a broader suite of assets.
The policy proposal has electrified the green finance agenda, placing the agenda at the sacrosanct altar of financial regulation, namely macro- and micro-prudential policies. The consequence has been a barrage of think pieces and policy advocacy in one or the other direction. Proponents point to the ‘SME Supporting Factor’ – adjusting capital reserve requirements for assets linked to Small and Medium Enterprises in Europe – as a role model. Actors like FinanceWatch and LSE Grantham Research Institute argue for a ‘brown penalty’, rather than a Supporting Factor.
Detractors wave the financial stability flag and point to research by the European Banking Authority suggesting little impact (research one should flag subsequently challenged by the Banque de France and the Banco d’Espana).
There are two questions in this debate. First, should this policy instrument be re-appropriated to a policy objective not directly linked to financial stability? And second, assuming the answer to the first is yes, what are the effects we expect to see from such a policy?
The answer to the first is a philosophical one. Those that say yes argue with a variant of the broken window theory.The SME supporting factor cracked the first window so smashing a second doesn’t break the bank (literally). Moreover, policy objectives – like export finance – litter applications of the capital reserve requirements. And perhaps there actually are risk factors that warrant such differential treatment. Detractors argue that ‘two wrongs don’t make a right’. In the end, the answer to this question is a political, not a technical one.

The second question however, as to the potential effect, is equally important and entirely technical. Even if you think the policy instrument is appropriate, the question remains if it is actually impactful.
Our research is – along with other actors – helping to shed light on this question. A limited application of the GSF would save European banks about €2-4bn in capital, with up to €8bn under an expanded application. This compares to €12bn in savings by banks under the SME Supporting Factor. A broad application of a Brown Penalty in turn could cost banks €22bn in capital.
Looking at a range of historical role models on adjusting requirements, a GSF could lead to a reduction in green financing costs of anywhere between 5 to 25 basis points. Lending volume effects could be more dramatic, with up to 8% reduction in lending volume to ‘brown sectors’ if a Brown Penalty is applied. Of course, as with any intervention in complex systems, the effects could also be closer to zero, in the spirit of some analysis on the SME Supporting Factor.
For Dombrovskis and the European Commission, passion is short, repentance is long. The flagship initiative has been relegated in the EU Action Plan to a footnote, following significant backlash from some parts of the NGO community and financial supervisors. Even if the policy doesn’t re-emerge, much of its ‘damage’ perhaps is already done: helping us rethink the realm of what is possible in the space of green financial policies in a large financial centre like the European Union and graduating this space from policy visions to an intelligent conversation about the purpose and impact of these visions.