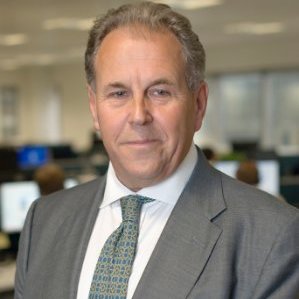 Former banking executive Yann Gindre has left his role as Director of Networks and Global Outreach at the Principles for Responsible Investment (PRI), the initiative’s Managing Director Fiona Reynolds has confirmed.

Gindre, a former Natixis executive, joined the PRI in June 2014 with a brief to assist with its global expansion.

Gindre, until 2012 CEO of Natixis CIB Americas, has decided to be a consultant and will work with the PRI to an extent, Reynolds said.

“Yann will be working with us on an ad hoc basis,” a spokesperson said.

Reynolds, speaking at the SEB Climate Finance Summit in Frankfurt today, said the PRI would be recruiting a replacement for Gindre, who reported directly to her.

Gindre has a background in international banking and capital markets.Between 1988 and 2004, he was in London as Global Head of Debt Capital Markets at several US and European banks, including UBS, Barclays Capital, Commerzbank, and JP Morgan Chase before joining in 2004, as general manager, Natixis UK (originally IXIS CIB). He has his own website and writes a blog called Le Black Swan.

He effectively took over the responsibilities of Maria Tinelli, who left who role as head of global networks at the PRI in July last year. She is currently working in the formation of a working group to develop the RI market and impact investing opportunities in South America.

With reporting by Jan Wagner.