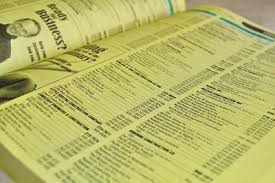 Responsible Investor is pleased to announce it will now be publishing blogs from global governance services provider Glass Lewis & Co. This is the first, looking at governance issues at France’s Solocal.

The recent experiences of Solocal provide us with a good opportunity to consider the effects of shareholder activism at French listed companies. Previously known as Pages Jaunes, or the Yellow Pages, Solocal has suffered significantly as a result of the shift from paper to digital, and from fixed line home phones to mobile ones. By the company’s own admission, at least, these problems could have been overcome, were it not for the significant legacy of debt with which it was burdened by a leveraged buy-out of France Telecom’s 54% holding by Médiannuaire in 2006. Past efforts to clear this debt have failed, and Solocal’s difficult financial position has hampered its efforts to reposition itself in the digital sphere. Coupled with Solocal’s dispersed capital structure, these issues have made the company vulnerable to the attentions of activist shareholders. Médiannuaire progressively liquidated its majority holding from 2012 onwards and, as a result, Solocal had a free float of approximately 88% going into this year’s annual general meeting.
That meeting was delayed until October 19, 2016, as Solocal attempted to negotiate a debt restructuring it hoped would allow it to cancel much of its debt and relaunch the company. The deal centred around a €400 million rights issue at a price of €1.00 per share, with preferential rights for existing shareholders and guaranteed by the company’s creditors. If fully subscribed, the rights issue would see existing shareholders own 85.5% of Solocal’s share capital following completion of the rights issue, and 11.9% if the rights issue was not fully subscribed and Solocal’s creditors had to step in. However, creditors would also have received mandatory convertible bonds (“MCBs”) with a conversion price of €2.00 per share. Taking into account the MCBs which would have been issued, existing shareholders would have held 67% of the company’s share capital should the rights issue have been fully subscribed, and 11.1% if the rights issue were not subscribed.
This debt restructuring plan was supported by four of the five major shareholders in the company, representing 15% of the company’s share capital, as well as the majority of Solocal’s creditors. However, the agreement made between management and its larger stakeholders was scuppered by a group of activist shareholders including Regroupement PPLocal, a grouping of 1,700 individual shareholders, as well as D&P Finance and Marion & Partners Ltd. It was clear that there would be problems in August, as shown by a Solocal press release. This tells us that the activists requested the Autorité des Marchés Financiers (‘AMF’), the French market regulator, to investigate the evolution of the company’s share price, as well as its financial reporting, suggesting that there was some impropriety in this area.Before the meeting, these activists collectively held around 2% of Solocal’s share capital, and proposed the replacement of five directors, including the chairman Robert de Metz, citing concerns around executive remuneration and strategy. A Solocal press release indicated that, by the time of the meeting, the activists represented 18% of voting rights. Following the meeting, the vote results indicated that approximately 39% of shareholders voted, and on average approximately 40% of votes were cast against management proposals. Approximately 48% of all votes cast were against proposals 16 through 20, related to the debt restructuring, and approximately 70% voted against say on pay proposals for Solocal’s executives. The results of the meeting show that in general, those who voted were dissatisfied with the financial restructuring, and the vote against the say on pay proposals indicates that they were unhappy with management. There was great diversity in support from proposal to proposal, however. Shareholders did not support the shareholder motion to remove Robert de Metz from the board, but did support the appointment of Alexandre Loussert, Jacques-Henri David and Arnaud Marion. Some voters chose to abstain on some of the activist proposals, indicating that the opinions of voters were far from monolithic, and rather represented diverse interests which largely converged on the issues of the financial restructuring plan, board composition and executive remuneration.
Following a renegotiation of its terms, the financial restructuring package was proposed once more at a meeting held on December 15. Under the new plan, shareholders would receive two Solocal shares for each three shares held, instead of one for one. For Solocal’s creditors, the number of MCBs to be issued to creditors would be limited to 45 million, with none to be issued if the rights issue was subscribed at or above €250 million. As a result, shareholders would hold approximately 86% Solocal’s share capital if the rights issue was fully subscribed and 14% if not subscribed at all, representing a better deal for existing shareholders. However, in the opinion of one Benjamin Jayet, these amendments did not go far enough. Mr. Jayet made proposals to further amend the restructuring plan, as well as proposing further changes to the composition of the board, and D&P Finance once again sought to remove and replace board members. Some of the more radical proposals made by the activists to the December meeting included article amendments to condition the payment of directors fees to the payment of dividends, and limit executive pay to a ratio of 25 times the salary of the least well paid Solocal employee, restrictions which simply are not seen at other French listed entities.

In the end, management got the result it needed. On December 16, Solocal announced that the debt restructuring had been approved, and that the proposals put forward by the activist shareholders had been rejected.

In a press release some days prior to the meeting, Solocal indicated that Benjamin Jayet, D&P Finance and other members of their activist coalition making proposals at the special meeting controlled approximately 10% of voting rights, and PPLocal, who made no proposals to the special meeting, controlled approximately 4%. The vote results for the special meeting showed a quorum of approximately 50%. On this occasion, support for management and the activists was split roughly 70:30 across all proposals, with all management proposals supported and all shareholder ones rejected.
The experiences of Solocal provide us with an opportunity to consider the nature of shareholder activism in France. The Nouvelle Loi Economique, passed in 2001, created a much greater opportunity for minority shareholders to influence the operation of listed entities, as has been shown in a paper published by the Conference Board. Previously, shareholders had to hold at least 10% of a given company’s voting rights to put forward agenda items. Following the amendments made by this law, it became possible for shareholders holding less than 5% of a company’s share capital to make such proposals, depending on the company’s market capitalisation. This has allowed smaller actors to join the traditional powers that influence French listed entities, including the French State and investment managers such as Edmond de Rothschild, one of Solocal’s larger shareholders.Minority groupings and activist investors can now have a significant influence on shareholder meetings using at times very small holdings acting in concert.

The increased scrutiny of company affairs that such a widening of the shareholder franchise allows for is seen by some as a positive. Proponents of this view suggest that management is encouraged to run the company well by the potential for an activist campaign. Certainly, in terms of the debt restructuring proposed by Solocal, this seems to have been the case: minority shareholders took issue with the initial terms, and ended up with a better deal. With regard to some of the more radical shareholder proposals, the case of Solocal does point to the kind of unrealistic proposals that an increased shareholder franchise can result in. This being said, it would appear that the wider body of voters only supported the activists in their opposition to the financial restructuring as originally proposed. Once the deal had been rebalanced, the majority of those voting supported it, while rejecting the more unusual and opportunistic activist proposals. This example suggests that, while shareholder activism at companies with a large free float can lead to serious confrontations, it also provides a powerful tool for defending minority shareholder interests, when combined with active and considerate voting of shares by their holders.