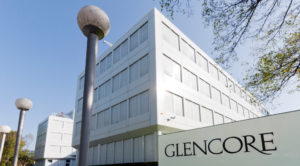 Efforts to give shareholders a say on companies’ climate strategies have borne new fruit this week, with Anglo-Swiss miner Glencore announcing it will offer investors an advisory vote on the topic at its annual meeting in April.

Glencore, which is reported to be the world’s largest exporter of thermal coal, made a Net-Zero by 2050 pledge in December, promising to reduce its total emissions footprint – including Scope 3 – by 40% by 2035. Its decision to offer a vote on the plans was announced in its preliminary 2020 results this week.

The firm is one of those being targeted by shareholder engagement initiative Climate Action 100+, which works with big emitters to push them toward Net Zero. That engagement has been led by Royal London Asset Management (RLAM), and RLAM’s Senior Responsible Investment Analyst, Carlota Garcia-Manas, described Glencore’s announcement as “reinforcing the value of shareholder engagement”.

“Glencore’s move to bring its climate transition plan to an immediate vote with annual reviews of its progress is another significant step taken in the company’s climate evolution,” she said.

She told RI that RLAM had pushed for a vote as the “process can formalise the support for management’s strategy across the company’s whole shareholder base”. It also adds an “extra layer of accountability” on the company, she added.

Bruce Duguid Director, Head of Stewardship at EOS, the engagement arm of Federated Hermes, also welcomed the vote, saying: “This market-leading move will support greater scrutiny and shareholder feedback on their ambitious plan to achieve net-zero emissions by 2050”.

In August, Glencore scrapped its dividend in response to losses in the first half of the year caused by the impact of the pandemic. At that time its debt had ballooned close to $20bn.

The preliminary 2020 results show that the Switzerland-based firm has now slimmed its debt to within its target range at $15.8bn, following “strong second half cash flows” in 2020. The company is recommending a dividend of $0.12 per share to investors.

Since then, Hohn has also won a ‘Say on Climate’ vote at financial services giant Moody’s and other proposals have been filed at oil & gas giants Woodside and Santos in Australia and at Alphabet, Charter Communications and S&P Global in the US.

As climate change becomes a bigger feature on the ballot at AGMs, influential proxy advisor ISS Governance has introduced new guidelines citing “demonstrably poor risk oversight of environmental and social issues, including climate change” as a reason to vote against directors “under extraordinary circumstances”.

Although the guidelines seem to mark a step change in the advice being offered to investors on board votes, some are skeptical. Wolfgang Kuhn, Director of Financial Sector Strategies at campaign group ShareAction, was quoted earlier this week saying: “But there is little to celebrate in this policy. Even where directors exhibit 'demonstrably poor' oversight on climate risks, ISS will only 'consider' recommending a vote against. Contrast this with ISS' position on gender diversity, which states that it will 'generally vote against' the chair of boards with poor gender diversity.”