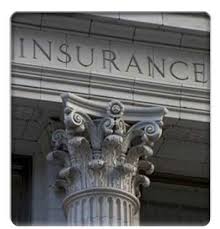 Supervisors from around the world have been turning their attention to ESG in the insurance industry in recent weeks, with regulation passed in Italy, new international guidance released, and a push for divestment in San Francisco.

Italian insurance supervisor IVASS passed regulation last month forcing insurance companies in the country to consider environmental and social issues in all their activities, in a move that’s being hailed as the most progressive of its kind in Europe.

“The safeguards relating to the corporate governance system cover all types of corporate risk, including the environmental and social ones, generated or suffered, also according to a prospective view and in consideration of the overall solvency needs of the company.

“Liability is left to the corporate bodies, each according to their respective competences. The organization of corporate activities, as well as the tasks and liabilities of the corporate bodies and functions, must be clearly defined.” (Translation provided by the Italian Forum for Sustainable Finance.)

Pietro Negri, Head of Sustainability at the Italian Association of Insurers and Chairman of the Italian Forum for Sustainable Finance, said the new regulation “goes further, in my view, than any other Italian regulation, and perhaps even any European legislation”.

It applies to insurance companies of all sizes that are based in Italy, including those with parent companies in non-EU member states. “It’s not only a ruling for corporate disclosure, as we have seen elsewhere – it is dedicated firstly to board of director members, and then to decision-making by CFOs, risk managers, asset managers, compliance officers and internal auditors,” explained Negri.

He points to the dual-focus on ESG impacts that have been “generated and suffered”, saying it is “quite detailed and particular”, accounting for both the impact of investments and underwriting activities, and the risk that decisions by other companies might carry environmental and social risks, linked to reputation, for example.Sara Lovisolo, Group Sustainability Manager at the London Stock Exchange Group – which owns Italy’s stock exchange – and a member of the EU Technical Expert Group on Sustainable Finance, said on LinkedIn that the new rules would impact 103 insurance companies, “reducing the gap with the TCFD and French Article 173, and paving the way for the EU legislative proposal on investor duties”. She described the new rules as a “gold-plate[d]” version of the Non-Financial Reporting Directive.

Italy is the fourth largest insurance market in Europe, based on premium collections, and around the seventh globally. It has some €850bn of assets under management.

The rules are part of growing pressure on the insurance industry to step up on climate risk and sustainability. In its interim report this week, major Italian insurer Generali identified the release of its climate change strategy in February as one of its “significant events” so far this year.

In the US last week, the San Francisco Board of Supervisors – the legislative government body – made history when it unanimously passed a resolution calling for insurance companies to stop insuring and investing in fossil fuels, citing climate change and the impact of pollution on public health and the economy. It also urged the insurance industry to end their underwriting of coal and tar sands projects and companies and, be requested that the City and County of San Francisco “screen potential insurers for investments in, and underwriting of, companies or projects perpetuating the extraction and use of coal and tar, and to end any formal relationship with insurers who do not take steps towards full divestment from these harmful industries”.

The move mirrors a similar resolution in Europe, passed by the City of Paris in May.

And most recently, the International Association of Insurance Supervisors (IAIS) released guidance on climate risk, stating: “It, it is imperative that all insurers consider their exposure to climate risks, regardless of size, specialty, domicile, or geographic reach, and seek to build resilience to such risks where appropriate.”
It said the growing consensus in the financial sector of the systemic risks posed by climate change, and the world done by the G20 and Financial Stability Board on the topic, created “a strategic imperative for the IAIS and its members to consider the supervisory dimensions of climate change”.