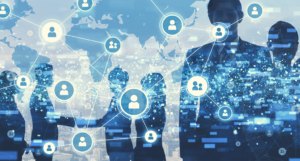 Launched in November by accounting standards body the IFRS Foundation, the ISSB has been tasked with developing “a global baseline” disclosure regime for corporates which gives “investors transparent, high-quality, globally comparable sustainability information to inform their investment decisions”.

In December the Foundation’s trustees appointed former CEO and Chair of Danone, Emmanuel Faber, as the ISSB Chair.

Lloyd will act as Vice-Chair on an initial four-year term. In this role she will support Faber and focus particularly on the ISSB’s work on technical standard-setting issues and developments. The appointment, effective from 1 March, will see her step down from her current role at the IASB, which she has held since 2016.

VRF’s Guillot has been appointed Special Advisor to Faber and will serve two-year term from 1 February.  She will provide strategic advice and counsel to Faber, as well as the Trustees, with specific responsibilities for the consolidation of the VRF into the IFRS Foundation and the establishment of the ISSB.

Alongside being CEO of the VRF since it was formed through the merger of the Sustainability Accounting Standards Board Foundation (SASB) and International Integrated Reporting Council in 2021, Guillot has served as CEO of SASB as well as the Chief Operating Investment Officer for CalPERS.

Following the launch of the ISSB last year, it was announced that the VRF and fellow sustainability corporate reporting body Climate Disclosure Standards Board (CDSB) would be absorbed into the IFRS by June 2022.

A further Special Advisor to Faber from the Asia-Oceania region is expected to be appointed, to “focus on the ISSB’s engagement with developing and emerging economies, as well as with smaller companies.”

Meanwhile, the Trustees have also said they are progressing with their search for the remaining ISSB members. As previously reported, interviews are scheduled to begin in early February 2022.

“In completing the appointments, the Trustees will ensure a balanced representation across geographies and economic settings,” the announcement said.

RI is interested in industry views on who should be appointed to the ISSB board. If you want to share your view – on an anonymous basis if preferred – please email Paul Verney at paul@responsible-investor.com