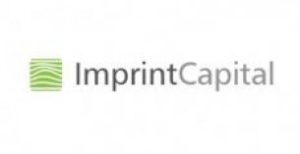 Goldman Sachs Asset Management (GSAM) has acquired Imprint Capital Advisors, an asset manager that in its eight years of existence has specialised in advising US foundations regarding impact investments. Financial details of the deal were not disclosed. The Imprint acquisition comes just a month after Goldman named Hugh Lawson, one of its executives, to lead GSAM’s push into sustainable investing globally.
Founded in 2007, San Francisco-based Imprint has more than 40 clients who represent $550m (€498m) in assets. Those clients include the W.K. Kellogg Foundation – the foundation named after the breakfast cereal pioneer – and the $2bn McKnight Foundation. Both foundations have relied on Imprint’s advice for impact investments.
Imprint says it has helped clients make more than 120 impact investments across asset classes in the areas of education, health care, food and agriculture, energy and the environment as well as economic development. As a result of Goldman’s takeover, 15 of Imprint’s 17 employees will be transferred to GSAM.
Imprint Managing Director John Goldstein, said: “Taylor Jordan (Imprint’s Chief Investment Officer) and I formed Imprint in 2007 to unlock the power of investment capital at scale to achieve measurable progress on difficult social and environmental problems,” . “The partnership with GSAM will move us further along toward that objective.”In a separate statement, GSAM Co-Heads Tim O’Neill and Eric Lane said: “The acquisition of Imprint’s business affirms our strong commitment to ESG and impact investing and providing our clients with innovative investment solutions.”
Goldman’s asset management division has $1.2trn in assets under supervision on behalf of pension funds, sovereign wealth funds, central banks, insurance companies and other financial institutions. Hugh Lawson said in the Goldman statement that the Imprint expertise would “allow our clients to access a wider array of thoughtfully designed ESG and impact investments in all major public and private markets.”
The Imprint acquisition also comes on the heels of the revelation that America’s first social impact bond (SIB), which Goldman invested $7.2m in, has failed. As reported, the SIB was discontinued on July 3 after it emerged that the proceeds from the bond were in fact not helping to reduce recidivism among teenage inmates at Rikers Island prison in New York.
Goldman, however, lost only $1.2m of its original investment in the SIB, as the foundation created by former New York Mayor Michael Bloomberg guaranteed $6m of the sum.