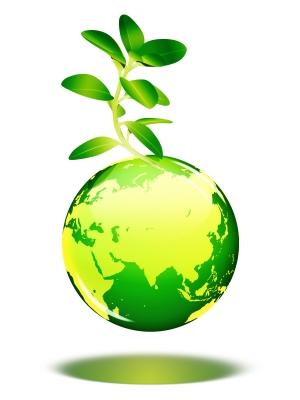 The green bond market celebrated its 10th anniversary last year by recording huge growth. According to SEB, issuance hit $156bn – up by 61% year-on-year, and smashing the bank’s own predictions of up to $150bn. There were some other key developments too. The sovereign market began to find its feet, and social and sustainability bonds increasingly showed their potential to share the spotlight with green transactions, confirmed by the creation in June of the Social Bond Principles in parallel to the Green Bond Principles. The market also had to make a call on one of the most controversial green bonds so far: the €500m deal from oil giant Repsol, arguably an ESG leader among fossil-fuel companies, but still one without a commitment to transition to a low-carbon business model. The bond made long-running debates around the ESG credentials of green bond issuers (as opposed to the quality of a bond’s use-of-proceeds) more relevant than ever, and split the market. A large chunk of Repsol buyers were identified as dedicated SRI funds, for example, but the main green bond indices deemed it ineligible for inclusion.

“We want to invest in issuers that focus on sustainability,” – Deutsche Asset Management outlines its priorities for 2018

“Some companies were active only in an industry that you wouldn’t classify as sustainable, but then issued green bonds,” says Max Berger, Corporate Bonds Portfolio Manager at Deutsche Asset Management, adding that the firm did not consider those deals ‘green’. “But that’s one thing this year that we want to be very vocal about: that this issue is very important.” As a result, Deutsche Asset Management – which has invested around €1.6bn in green bonds – will be focusing on promoting “minimum ESG standards” for all green bonds, he says. “In simple terms, we want to invest in issuers that focus on sustainability, rather than an issuer that doesn’t, but wants to sell one green bond.”And the European Union is moving fast when it comes to offering a standardised version of ESG for investors and issuers. The High-Level Expert Group on Sustainable Finance – set up by the European Commission in 2016 – is due to release an initial draft of its sustainable taxonomy to coincide with the publication of its final recommendations to the European Commission on how to boost climate finance. The draft will be the foundation of a pan-European classification system to help clarify various ‘definitions’ of ‘green’ and ‘social’. It will not be a label or a set of standards, but it is hoped it will become the basis of some in the future. The focus initially is on aggregating existing work done on climate mitigation – developed primarily for/by the green bond market, and led by the European Investment Bank – but RI understands the plan is to create an entire set of sustainability categories, with the aims of the Sustainable Development Goals overlaid.

In September, RI wrote about the work that was being done on green finance at the International Standards Organisation, which represents national standards boards globally. The body rejected one proposal from China for a working group on green finance, but accepted two others: one submitted by the American National Standards Institute in collaboration with the Climate Bonds Initiative and its verifier NSF; the other proposed by France and led by 2 Degrees Investing Initiative and Massamba Thioye, Head of Financial Institution Relations for the UNFCCC. The former focuses on international green bond standards, while the latter looks more broadly at climate finance metrics. Both now have official working groups that are meeting to develop the proposals, and both are at ‘working draft’ stage, according to a spokesperson for ISO.

Investment giant Alecta, which runs €82bn on behalf of 2.3m Swedes, more than doubled its investments in green bonds in 2017, according to Peter Loow, its Head of Responsible Investment. He says that when it comes to standards, they “must be flexible enough to allow the market to develop and expand, while at the same time be robust enough to foster trust and credibility in the market – for issuers as well as investors”.

Please click below to see the second page of this article
h5. Sovereigns

One green bond Loow was “happy” to invest in was the mammoth French sovereign deal. The country has sold nearly €10bn of notes already, in a series of transactions, and the order book for its first offering alone hit €23bn. As well as bringing scale, Loow says he hopes it will inspire other countries to come to market. Nigeria and Fiji have already followed suit, and Belgium last month announced plans for a €5bn debut. Sweden is announcing the results of its special inquiry this week, focused on how to expand the country’s green bond market. The work has been led by former CEO of Swedish pension fund AP4, Mats Andersson, and will be presented to the Financial Market Minister Per Bolund. It is expected to contain proposals for state issuance.

As a result of all this activity, Swedish bank SEB predicts sovereign issuance may hit $14bn in 2018, pointing to 10 countries rumoured to be looking at issuing currently. Sean Kidney, CEO of the Climate Bonds Initiative, estimates this even higher at “about 15”. “They’re just being very slow,” he says.

Nigeria will be one of those, having said it will return to market after its debut last month. The deal reflects a slow but steady increase in African issuance, but Kidney predicts Asia will “continue to be the interesting story in terms of [geographical] growth”.

“China issuance ended the year just slightly below 2016,” he told RI. “But there’s a big backlog in the country – at least RMB70bn queued to come out, and we would expect that to happen in a bit of a flush in the first quarter of this year.”Japan will also establish itself as a source of green issuance, Kidney forecasts, after a handful of deals began trickling out of the country last year on the back of new national standards. “We expect a lot more green bonds this year,” he says, adding that Korea will also start issuing more notes.

Union Investment set up its first dedicated green bond fund in 2017, and portfolio manager Michael Kobel says it’s been a good start: “I was really satisfied with the amount of issues we saw last year. I have been able to increase the amount of green bonds in my fund to above 80%. This wasn’t possible before, while maintaining a certain level of diversification,” he told RI. He added that, going forward, he hoped for further diversification of issuers, especially when it came to the industrial sector. And this may be on the cards, according to CBI’s Kidney. “We will see a greater diversification of issuers, and that’s part of starting to better understand the ramifications of the Paris Accord,” he says, adding that there has been “some naivety about what ‘green’ means in the past”. Industrials will be one of the sectors coming to market, he claims, and “some of those issuers will surprise people”.

CBI itself will work on opening up the broadband internet sector in 2018, which Kidney describes as “critical infrastructure for a low-carbon economy”, pointing to its role in helping with more efficient freight and traffic management systems. By the end of the year, he says, there will be criteria in place to enable CBI certification for ICT broadband bonds.