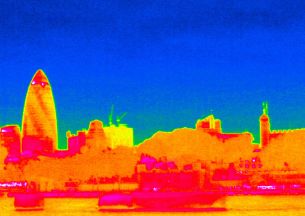 According to a report published by HSBC in February this year, titled: “A Climate for Recovery”, of 20 economic recovery plans published by then to combat the credit crisis, 15% of the assets (or $432bn) of a total $2.8trn in fiscal measures could be associated with investments consistent with stabilising and subsequently cutting global emissions of greenhouse gases. US President Barack Obama’s landmark election pledge to create five million jobs by investing in clean tech as one of the centrepieces of his planned economic stimulus, has notably made the lion’s share of headlines globally. The Obama administration has committed to bringing greenhouse gas emissions back to 1990 levels by 2020, en route to an 80% cut by 2050. In addition, it has pledged to debate the introduction of a “cap and trade” system similar to the EU Emissions Trading System (ETS). In October 2008, US Congress approved the Emergency Economic Stabilization Act, the centrepiece of which was the $700bn rescue package for the financial sector. Alongside the Troubled Assets Relief Program (TARP), the Act contained $185bn of tax cuts and credits, including $18.2bn for clean energy. In addition, an estimated $94bn has been set aside withinspending plans for renewables, building efficiency, low-carbon vehicles, mass transit, grids and water. However, China, estimated to be the world’s biggest producer of CO2 emissions today, is not far behind in the green stimulus stakes. In 2008, it launched an RMB4,000bn ($584bn) package, of which almost 40% is scheduled to be allocated to “green” themes, according to reports, most notably in infrastructure spend such as improved rail transport, electricity grids and water, along with dedicated spending on environmental improvement. Elsewhere in Asia, South Korea has taken bold steps with a dedicated $38bn Green New Deal announced by prime minister Han Seung-soo that allocates more than 80% of the money to environmental themes. Japan has also pledged to create a million new jobs through green infrastructure initiatives and has set a 2020 target to create a green business sector worth $1 trillion employing 2.2m people. In Europe, the EU’s 27 member states have agreed to targets of a 20% boost in renewable fuel use by 2020, while the UK has pledged to cut its CO2 emissions by 80% by 2050. Australia has
Clean Investor 2009 May 6th, London, one-day RI Event

also issued plans to implement a cap-and-trade emissions-trading scheme in 2010 under plans to reduce emissions by 20% by 2020. To give an idea of how much these various tax stimuli and spending plans have fed into actual policy, research earlier this year by DB Advisors said it had counted 250 new climate change related policy developments globally since July 2008. These, it said included 54 new policies in the US, 106 in the EU, and 24 in China. Investing in climate change related themes is an area where thorough knowledge of changing regulation and fiscal support is key. The report said the largest recipients of green economic stimuli in the US were investment in mass transit ($17.7bn), energy efficiency ($16.4bn), and water ($13bn) and in the EU, clean autos ($18.9bn), energy efficiency ($17.2bn), and mass transit ($13.6). In China, the main recipients had been smart grid technology ($70bn estimated), renewables ($29bn estimated) for power generation, and water ($2.9bn est.). DB Advisors said the largest barrier to investment in new technologies would be constraints in the credit markets and called on governments to develop loan guarantee programmes to scale up proven technologies. HSBC estimates that at least half of the $432bn it sees outlined for green economic recovery plans could be available to companies in 2009. It said the core element of most of the stimulus plans would be allocated to a suite of green infrastructure options, notably buildings, grids, rail and water. As a result, it said the construction and capital goods sectors would likely be the major beneficiaries, along with an indirect effect for power, rail and water utilities. In terms of related opportunities, themes such as water and sanitation alsolook likely to continue to attract investors based on tangible public policy ‘pushes’. The United Nations aims to halve the one billion people it estimates live worldwide without access to safe drinking water by 2015 as part of its Millennium Development Goals. In addition, the European Water Quality Directive, provides for drinking water to reach a certain standard by 2015. Energy efficiency and waste management are also big themes on the back of similar legislation drivers. Companies linked to the production, advisory or sales processes in these areas look like good, durable investment bets. What does all this mean for institutional investors? A McKinsey Global Institute report, released at an Investor Summit on Climate Risk, hosted by the United Nations Foundation in March 2008, claimed that major investments over the next decade in energy productivity could earn double-digit rates of return for investors, cut global energy demand growth by 50% and achieve up to half of the reductions of greenhouse gas emissions the Intergovernmental Panel on Climate Change says is required to prevent the world’s mean temperature from increasing by more than 2 degrees centigrade. Additionally, a recent survey by New Energy Finance, the renewables research group, found that just under half (49%) of 106 institutional investors surveyed said they planned to increase their funding of clean energy compared with 12 months ago. Nonetheless, it said global investment in clean energy fell in the second half of 2008 and first three months of 2009, while total investment in 2008 was about $150bn. The world’s
Clean Investor 2009 May 6th, London, one-day RI Event
largest pension funds, including ABP in the Netherlands, CalPERS in the US and ATP in Denmark, are already convinced that climate change related themes will be a significant part of future allocations and have made sizeable initial investments. However, in its report, HSBC said one key question on the prospects of success for government stimuli worldwide would be their effectiveness in mobilising large amounts of private investment. Responsible Investor has reported on initiatives within the International Finance Corporation and the P8 group of pension funds led by Prince Charles to create viable, jointly structured investment vehicles that could be used to simultaneously combat climate change and promote sustainable growth in developing countries. Other investor initiatives such The Institutional Investors Group on Climate Change (IIGCC), aim to feed into the political process ahead of inter-governmental talks in Copenhagen in December this year where aglobal successor treaty to the Kyoto Protocol, which runs out in December 2012, could be signed. Their “Investor Statement on the Global Agreement on Climate Change”, co-ordinated together with the US-based Investor Network on Climate Risk and the Australia/New Zealand Investor Group on Climate Change and signed by some 150 investors with over $9 trillion in assets, outlined how a new international treaty could support investment into a low-carbon economy.
Just how promising environmental and renewable energy investments could be, and in what time frame, depends heavily on how fast governments shift to greener policies and how financial incentives tap latent support amongst committed or interested large pools of long-term institutional capital.