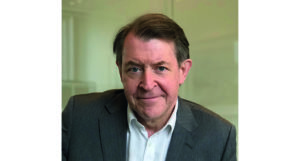 Tributes have poured in for Sir Roger Gifford, Chair of the UK’s Green Finance Institute, who passed away this week from myeloma.

Gifford, born in 1955 in St Andrews, Scotland, started his career in banking in the late 1970s, and spent much of it at SEB – heading the Nordic bank’s UK operations for more than two decades.

From 2012 to 2013, the father of six was Lord Mayor for the City of London, a role which involves being the head of the City of London Corporation. A year later, he was knighted for services to international business, culture and the City.

More recently, Gifford became a leading figure in the UK’s green finance industry, spearheading efforts by both the UK Government and the City of London in the space.

He became Chair of the City of London’s Green Finance Initiative in 2016. Shortly afterwards, in 2017, he was appointed to lead the country’s Green Finance Taskforce, which advised the government on the UK’s national Green Finance Strategy, published two years later.

That strategy was the basis for current plans for the UK to issue green sovereign bonds, and the establishment of a permanent Green Finance Institute (GFI), bringing together the financial markets and policymakers. Gifford, who was a well-known speaker at international green finance events, chaired the GFI until his death.

He was also a member of the advisory board of the Dasgupta review – a major UK government-backed report on the economics of biodiversity, published earlier this year.

Gifford was a lover of classical music, partnering with his wife Clare to set up the City Music Foundation and chairing the English Chamber Orchestra charity.

“Sir Roger was such a huge champion for Green finance and it was always a joy to hear him speak, exuding enthusiasm and encouraging us all to continue in our quest to mainstream adoption of green finance in London and around the world,” said Emma Howard Boyd, Chair of the UK’s Environment Agency and an Advisory Board member at the Green Finance Institute.

“He was a passionate and powerful thinker on tackling climate change and biodiversity loss. He leaves a big legacy and we will miss his wise counsel. My thoughts are with his family at this difficult time.”

Oxford scholar and head of the UK Centre for Greening Finance & Investment, Ben Caldecott, who worked closely with Gifford, said: “I vividly remember how focused he was on global cooperation. He really tried to avoid it becoming a zero sum competition between financial centres.

“He also focused on trying to ensure that the latest climate and environmental science found its way quickly and efficiently into financial decision-making.

“He was always generous with his time, advice and mentorship. He was a brilliant chair and as a result really brought out the best from the many green finance initiatives he was involved in. He also helped to encourage and support a whole generation of green finance practitioners and experts, of which I consider myself lucky to be part. He leaves a big legacy, including many recent wins in the UK, such as a green gilt and, of course, a flourishing UK Green Finance Institute.”

Christopher Kaminker, Head of Sustainable Investment at Lombard Odier, who worked with Gifford during his time at SEB, as well as being part of the UK Green Finance Initiative, said: “Sir Roger was a maestro and patron of sustainable finance as well as of classical music. The many contributions he made during a formative stage of sustainable finance and the green bond market in particular, were profound and will endure internationally, from Stockholm all the way to Shanghai. We looked up to him as a true gentleman, musician, mentor and scholar. He will be greatly missed.”

The Green Finance Institute's Chief Executive, Rhian Mari Thomas, described Gifford as “an inspirational figure and one of the pioneers of the green finance industry in the UK", adding that he "helped fire the starting gun" on currents efforts to incorporate nature and biodiversity into financial decision-making.

"It’s clear from all the thoughtful messages we have received how broadly his impact was felt, and he leaves a strong legacy. Thank you to everyone who reached out to let us know how much they appreciated the work Sir Roger did and how much they enjoyed working with him. He was a friend and mentor to so many – his counsel, kindness and infectious enthusiasm will be very much missed.”