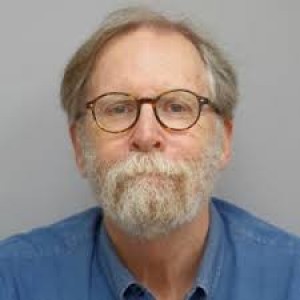 This is the ninth in RI’s ‘The EU Action Plan: What Matters To Me’ series, providing insights from market experts on the implications of the EU Action Plan on Sustainable Finance. Today, utilities and bonds specialist Bob Buhr calls for a rethink of the emphasis on ‘green’ activities – urging policymakers to instead focus on ‘brown’.

“Green is Easy – Brown is Hard”

This little aphorism, while an oversimplification, captures my concerns surrounding the EU Green Taxonomy proposed by the Technical Expert Group on Sustainable Finance (TEG). Others have articulated valid issues about the prospects of successfully developing a ‘green’ taxonomy – or a ‘green’ anything. My intention here is to suggest that by focusing all our efforts on whether or not some sector, or activity, or bond, is ‘green’, we spend insufficient time and effort dealing with the actual financial risks posed by the climate crisis. These are mostly located at the ‘brown’ end of things. By excessively focusing on what is ‘green’, we run the risk of engaging in a certain level of displacement.

If, as a lender or a bond buyer, your principal goal is to not lose money, then a ‘brown’ taxonomy is potentially of considerably more utility than a green one

Despite its objective to be of use to investors, the fundamental problems with the green taxonomy, as presented, are straightforward. These are:

1. An insufficient integration of risk into the assessments, particularly transition risks
2. An insufficient discussion of the costs involved in this process in affected industries, especially those associated with moving from brown to green
3. An overemphasis on easily-achievable targeted carbon reduction mandates, without a corollary discussion of the difficulties of establishing the risks associated with brown industries
and, most critically
4. Adherence to an excessively narrow mandate, one that has limited the potential utility of an ambitious and, in many ways, ground-breaking effort. This result derives from not including consideration of ‘brown’ economic activities, or attempting to develop and structure a green/brown spectrum for targeted economic activities.

The TEG approach has value. Many of their examples and processes are well-thought out and quite detailed – in some cases, as in manufacture of cement, quite good. But the approach is inherently limited to only activities that provide some mitigation and adaptation justification. This is by both mandate and design. This approach largely avoids the assessment and management of the actual physical and transition risks, and the costs involved with managing those risks.
Perhaps another simple-minded aphorism will capture this better: “Energy is easy – chemicals are hard”. For a number of justifiable reasons, the TEG’s proposed green taxonomy defines ‘green’ activity mostly in terms of Greenhouse Gas (GHG) – specifically carbon – reduction. There are, of course, some other categories of concern, such as water and biodiversity. The TEG does indeed often give these factors some very detailed discussion. But GHG assessment and monitoring is pretty straightforward these days, and a well-understood and widely applied tool. Moreover, it is the preferred approach to decarbonisation embodied in the EU’s Action Plan.
But on any green/brown spectrum, energy is actually a pretty easy target. Unsurprisingly, the Electricity, Gas, Steam & Air-Conditioning Supply sector is the one that is most granulated in the taxonomy. It also consumes the greatest amount of attention in the TEG report. The chemical industry, on the other hand, is bewildering in its complexity. Establishing any sort of green/brown spectrum is considerably more complicated than simply assessing GHG reduction. However, this is a more important, indeed necessary, route to take. For example, developing a circular economy (one of the TEG’s important criteria) cannot occur in a vacuum isolated from ‘brown’ industries and technologies. These are the industries we want the Circular Economy for.
In fact, the discussion on the manufacturing of chemicals is a good illustration of the strengths and weaknesses of the proposed taxonomy.Where there are mandates for various products, and manufacturing processes, the TEG has assessed them in great detail by NACE sector and sub-sector. (In fact, only sectors with such mandates seem to be considered).

Just as it is important to move to net zero emissions, it is also important to recognise where significant economic damage will emerge. Otherwise, we will not be able to manage that process

An impressive amount of work has gone into this compendium. What is lacking is any discussion or granulation of not just physical risks to infrastructure, but also risks associated with the energy transition. In particular, risks associated with the expense of meeting these targets, or those – regulatory or otherwise – reflecting the costs of not meeting these standards, go unmentioned.
It may be unfair to criticise the TEG for not going beyond its mandate. It has fulfilled its mandate, at over 400-pages worth. There are a substantial number of sectors being assessed – 67 out of 615 possible economic activities, in fact. But here we get to the real issue: the insufficiency, indeed the constricting narrowness, of the mandate itself. The focus on sustainability, or ‘green’, initially derived from the European Commission’s interest in allowing capital relief for sustainable or green investments. This proposal has receded into the mists for the moment, but this focus on sustainability has created something of a garden path, leading us to endlessly expend efforts on granulating ‘green’, or ‘sustainable’, or whatever term you might wish to use.
Where these efforts might be more fruitfully applied is in addressing the issue of what a brown/green spectrum would look like for various economic sectors. ‘Green’ is just not a binary distinction. Here, we have to go beyond just GHG reduction, or decarbonisation in general. In sectors such as chemicals, or metals and mining, or processed food production, there clearly is a complex spectrum, and we need to start grappling with the issues this presents. In particular, an assessment of those sectors where the potential for stranded assets, or the significant devaluation of assets, is of prime importance.
Banks make loans to a broad spectrum of sectors and companies, and bond buyers buy bonds from any number of corporate and financial sectors. And if, as a lender or a bond buyer, your principal goal is to not lose money, then a ‘brown’ taxonomy is potentially of considerably more utility than a green one.
Because the brown sectors are where you’re most likely to lose money – from regulatory changes and increased compliance costs, taxation, litigation, physical climate impacts, or whatever. This is where the risks are. In fact, for investors – who are expected to finance this transition – it may be that the way to lose money through asset destruction in ‘brown’ sectors is considerably broader, and certainly more complicated, than the ways to make money by green investing.
This is why the Network for Greening the Financial System, which includes a number of central banks, earlier this year called for more aggressive and expansive taxonomies. These would include not just ‘green’, but also ‘not green’, ‘brown’, and ‘not brown’ categories. This sort of taxonomy much more clearly reflects how financial assets are actually deployed. It also could provide a better framework for assessing both physical and transition climate risks.
Constructing a green taxonomy is necessary, but it is by no means sufficient. Just as it is important to move to net zero emissions, it is also important to recognise where significant economic damage will emerge. Otherwise, we will not be able to manage that process. Recent indicators from Greenland and Northern Canada suggest that we have considerably less time than we thought even a few years ago for getting this right. As writer and environmental activist Wendell Berry has suggested:

“It may be that when we no longer know what to do, we have come to our real work…”

We’re not quite at this point yet – we still have some idea what to do. But it’s getting late.

Bob Buhr is an Honorary Research Fellow at Imperial Business School’s Centre for Climate Finance and Investment. He’s the former Director of Industrials at Societe Generale and former Managing Director at Citigroup.