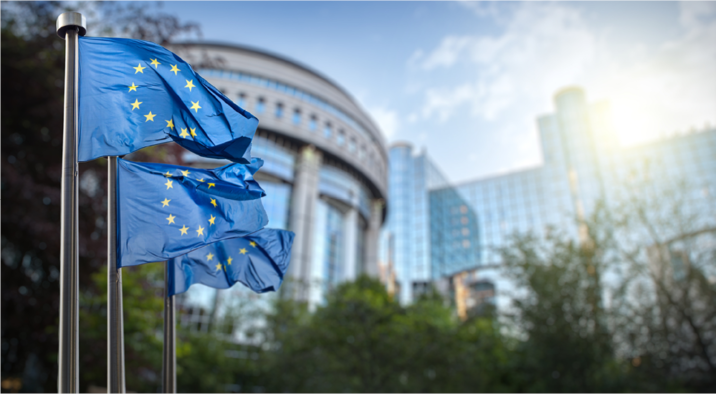 Multiple environmental NGOs will not participate in the next stage of the EU’s taxonomy expert advisory group after losing confidence in how the body is run, Responsible Investor can reveal.

The NGOs are sitting members of the high-profile Platform on Sustainable Finance (PSF) – an independent advisory body set up to assist future development of the EU’s flagship green taxonomy – which is due to be reappointed later this year. The body’s autonomy and freedom to develop its advice are seen as essential feature of the taxonomy’s science-based approach, which is protected by EU law.

An unnamed NGO representative said: “I think it’s necessary that no NGO, or at least very few civil society organisations, sign up. We need to make a point that this is not how we want to co-operate with the Commission.”

The European Commission is expected to solicit applications for the so-called Platform 2.0 in the coming weeks after the PSF’s current mandate ends in October.

“I think it’s necessary that no NGO, or at least very few civil society organisations, sign up. We need to make a point that this is not how we want to co-operate with the Commission.”

Platform members were allegedly told to table more favourable advice by EC official John Berrigan, a deputy director general for the department for financial stability, financial services and capital markets (DG Fisma), at a group-wide meeting earlier this year, according to multiple accounts. Members also described coming under pressure from various Commission departments to withhold publication of environmental criteria due to concerns over its impact on European producers.

The criteria were specifically opposed by the Commission’s DG Mare and Agri – departments that oversee EU fisheries and agriculture policy respectively – allegedly due to concerns that they would exclude European producers. DG Agri has been identified by more than three PSF experts as the most “notoriously conservative” EC department over its defence of the EU Common Agricultural Policy, which members say is “completely at odds with available scientific evidence”.

The forestry criteria, which measures the activity’s impact on biodiversity, remain under development.

In remarks made at a March PSF plenary, deputy director general Berrigan is reported to have said: “We really care about the platform and want to follow its advice, so it’s important that the platform delivers advice that the EC is able to follow.” The remarks, which do not appear in the official Commission plenary minutes, were described as “Orwellian” by members of the group present.

The incidents are characterised by PSF members as part of a broader pattern of pushback against its advice by individual Commission departments that liaise directly with the Platform’s subgroups. Experts on the platform also said that requests to review and improve the ‘Do No Significant Harm’ element of the taxonomy legislation – which sets out thresholds to define compliance with other environmental objectives – have been denied.

Platform members reported feelings of burnout and mental exhaustion due to the PSF’s demanding workload, coupled with the Commission’s perceived indifference to much of their output. Members point to the platform’s advice on the transition, social and significant harm extensions to the taxonomy, which are currently in limbo and, most significantly, their opposition to the decision to reclassify nuclear and gas-fired energy as environmentally sustainable activities.

Scrutiny on the PSF’s work has intensified following calls to tailor the EU’s post-pandemic spending to the taxonomy – something the voluntary science-based transparency tool was not created for and which falls well beyond the platform’s initial remit.

On the other hand, the EC faces pressure to align the taxonomy to the interests of member states or risk vetoes that could derail the bloc’s entire sustainable finance agenda, while it also cannot be seen to diverge from the taxonomy’s evidence-based underpinnings.

The PSF’s 57 members are drawn from the private sector, non-profits, academia and directly appointed EU public bodies. The current iteration is chaired by the PRI’s Nathan Fabian.

PSF members have also become wary about the recent appointments of multiple “ad hoc experts” to platform subgroups that deal with industry-specific criteria, amid fears that the various departments under the EC are prioritising the appointment of “yes men” to protect industry interests at the expense of science-based considerations.

Platform members have told RI that the new appointees have largely opposed ambitious criteria that have been floated in ongoing discussions and have further delayed the body’s work due to needing some time to get up to speed on technicalities.

The European Commission is legally allowed to appoint ad hoc experts as it sees fit. Such experts are not covered under the strict conflict-of-interest rules and disclosure requirements that permanent members need to comply with and details of the appointments have not been announced publicly.

Ad hoc experts are expected to play an even larger role in Platform 2.0, according to the EC’s initial plans, which will also appoint fewer permanent members. The new group is expected to focus on making the taxonomy usable rather than establishing new environmental criteria.

NGOs have described the new slimmed-down model as effectively making the taxonomy “irredeemable” and “killing the project’s scientific credibility”.

The only NGO member so far to come out against the boycott is the Climate Bonds Initiative (CBI).

CEO Sean Kidney said: “Expert advisory panels are painful – the work is done for free and often ignored by policymakers. But I would say to my colleagues on the platform that we need to stay involved and stay fighting. What we have accomplished already is a tremendous advancement and is setting green standards globally.

“In fairness, different groups answer to different constituents, and CBI is in a luxurious position where we might not be under the same sort of pressures. That said, I’m here to fight and to win, no matter how long it takes.”

“Expert advisory panels are painful – the work is done for free and often ignored by policymakers. But I would say to my colleagues on the platform that we need to stay involved and stay fighting.”

Kidney said that he had not seen any details regarding the planned Platform 2.0 but supported the Commission’s right to modify the group’s structure. “The next version of the platform needs to focus on making the taxonomy work, because if it doesn’t work then it will be hard to build investor confidence and get people to actually use it. I’m worried about more and more layers of rules coming in before we can make the current taxonomy work. I want to see capital flows before any of that happens.”

CBI also supported the appointments of ad hoc experts, describing it as “necessary” to ensure alignment and usability across the various EU policy areas. The group said it “did not think that the motivation was to dilute the influence of NGOs with Commission experts and for the platform to establish its influence. The more experts are consulted, the better”.

CBI’s role on the platform is focused on supporting the usability of the taxonomy for financial market stakeholders, beyond advising on green criteria.

Unpaid and burnt out

Members of the advisory group say that the EC’s “shocking and striking” decision to admit nuclear and gas power to the taxonomy against the PSF’s advice had created a “bad atmosphere” since February.

While the Commission is under no obligation to follow the platform’s recommendations, members say that multiple occasions where key timelines have been suddenly postponed or introduced has resulted in a “totally impossible” workload, which has sapped morale. All of the platform’s permanent members are appointed on a voluntary basis and do not receive compensation.

The EC had previously said that it would “reflect on… more forward-looking planning of deliverables for the platform, taking into account resources and time constraints”, in a letter to the PSF dated May 2021.

Platform members said they worked “day and night” to assess the proposed nuclear and gas amendments, based on documents leaked on New Year’s Day 2022, in anticipation of a Commission request for feedback. The documents were finally published in mid-January, officially giving the body only two weeks to prepare a response – a period of time described as wholly inadequate. An additional week was later granted after protests.

“Given the way things have gone, the NGO experts which have invested their time cannot see themselves doing the same thing for another two years. From an institutional perspective, the outcomes so far have been suboptimal for NGOS and very hard to legitimise vis-à-vis their constituents.”

PSF members were later left unimpressed after EU Commissioner Mairead McGuinness mentioned having “consulted with the platform” when presenting the amendments on nuclear and gas to parliament – despite the body having slammed the proposals. “It sounded like we’ve given our stamp of approval, when we really didn’t want to be associated with it,” said a PSF member. “It’s just using the group to legitimise the EC’s decision.”

NGOs have told RI that it is no longer possible to justify the unpaid hours and resources allocated to PSF while having little to show for it.

“NGOs entering the PSF were encouraged to be ambitious and to think big,” said a platform member. “They have tried to represent public interest as best as possible with their scarce resources but when the EC continues to deviate from science-based principles, I think this is where the friction starts.

“Given the way things have gone, the NGO experts which have invested their time cannot see themselves doing the same thing for another two years. From an institutional perspective, the outcomes so far have been suboptimal for NGOS and very hard to legitimise vis-à-vis their constituents.”

The European Commission had not responded to a request for comment at the time of publication.