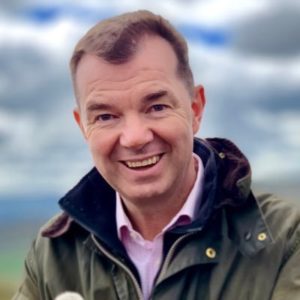 The spectre of climate change should haunt us all. There is no bigger threat facing collective humanity.

You might think that with all the mounting evidence of the climate emergency that we face we could expect that powerful asset managers are responding and acting by investing in the long-term best interests of their clients and beneficiaries.

But after two years in my job as Minister for Pensions I am underwhelmed by the lack of action and urgency on this vital issue among large numbers of big asset managers.

Pensions can change the world and lead the fight against climate change but we need a radical rethink by pension firms and investment managers.

There is an onus on our multi-billion pound pensions industry to limit the risk to members from the biggest threat facing life on this planet. Yet a report by the UK Sustainable Investment and Finance Association last year revealed that four in ten fund managers don’t have strategies for engagement with international oil companies, despite 90 per cent expecting one or more climate-related risks to impact on valuations in the next two years.

And a more recent survey by the Association of Member Nominated Trustees found that more than half of fund managers had no climate change-related voting policies or guidelines. This is utterly unacceptable.

There are of course some notable exceptions. Bosses at Shell, for example, have aligned executive pay to carbon reduction in response to shareholder pressure. Legal and General’s Future World Fund withdraws investment in companies who don’t engage with climate change, forcing those firms to act fast in the hope of being reinstated.

At a London Climate Action Week event a few days ago, however, I heard from pension schemes who have been cast adrift on a tide of ESG greenwash from investment managers, many of whom seem to take the approach that if you can’t or won’t address climate risks, you can at least freeload on pension scheme trustees’ good intentions with bland assurances and CEO moralising.I propose three simple tests that pension schemes could apply to distinguish proper long-term managers from fund management ‘zombies’:

• How often do they vote against company resolutions? Investment managers who produce a good brochure but support management on 95 or 98 per cent of votes aren’t serious on stewardship and need to be outed and fired;
• Do they support shareholder resolutions on climate change? Too many firms boast about the size of their stewardship teams then support management against other investors’ efforts to promote climate risk reporting or a low-carbon transition;
• Do they propose their own shareholder resolutions? And where the manager doesn’t want to, do they let the trustees cast their votes?

We already lead the world on tackling climate change, and the Government recently announced an ambitious legally-binding target of net zero carbon emissions by 2050. This Government brought in game-changing environmental, social and governance (ESG) regulations, which come into force in October this year, requiring pension scheme trustees to update their statements of investment principles to show how they take account of these factors when considering long-term strategic investment opportunities and risks.

And the Government’s newly-published Green Finance Strategy sets out a clear expectation that UK listed companies and large asset owners disclose climate-related financial risks and opportunities by 2022, in line with recommendations by the Task Force on Climate-related Financial Disclosures.

So if powerful fund managers prefer to fiddle while the planet burns, waiting for someone else to take responsibility, we’ll get nowhere. We need people to step out of line and demand action before it’s too late.

It’s time to graduate from talking the talk on climate change. The time to walk the walk is now.

Guy Opperman is Parliamentary Under-Secretary at the Department for Work and Pensions.