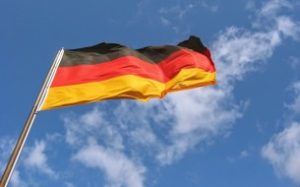 “How can it be explained that a nation leading in sustainability like Germany, is equally lagging in its financial system [in sustainability]?”
Achim Steiner, director of the Oxford Martin School and chair of the UN Development Programme (UNDP), posed the question to the audience at the yearly green finance forum of the German Council for Sustainable Development (Rat für Nachhaltige Entwicklung: RNE) in June, just before he stepped down as a council member. It may have been coincidence, but Steiner’s words seem to have focused minds on collaboration.

Germany, an ‘environmental’ economic powerhouse, with around 32% of its electricity produced by renewable energy, has been surprisingly absent in global ESG finance discussions and action.

Not long after, the RNE and the Deutsche Börse, Germany’s stock exchange, launched the Hub for Sustainable Finance (H4SF) in Germany to advance sustainable finance, and pull together the thinking of a number of existing sustainable finance initiatives. On October 23rd, H4SF will hold its first summit in Frankfurt and gather an influential who’s-who of finance and sustainability experts.
Importantly, the H4SF summit will discuss ten theses, which are planned to serve as recommendations to the new government. (link here in English)
Germany, an ‘environmental’ economic powerhouse, with around 32% of its electricity produced by renewable energy, has been surprisingly absent in global ESG finance discussions and action.Sustainable funds and mandates represent a meagre 2.8% of the total market, according to the 2017 annual sustainable finance report by Forum für Nachhaltige Geldanlagen (FNG), the German SIF.
While nations like France, the Netherlands and Sweden are at the forefront of sustainable finance momentum, in Germany, the financial sector has been slow in progressing.
Ironically, this has occurred despite its massive Energiewende transition from nuclear to renewables and a low-carbon, energy efficient economy. This can be explained because Germany aimed at phasing out nuclear power plants, not promoting sustainable finance in Germany’s financial sector.
Indeed, in a report on green finance in the German banking sector, Professor Henry Schäfer at the University of Stuttgart, finds that the business models and capabilities of the German banking sector have not shifted to green finance because of the Energiewende. Rather, the innovative pioneers in Energiewende finance, Schäfer’s report says, were small alternative banks, and not-for-profit organisations; often with civic participation. A central role in green finance has also been played by KfW, Germany’s state development bank.
Matthias Kopp, Head of Low Carbon Business and Finance at WWF, explains that in contrast to other nations, Germany has not been connecting the dots of change triggered by climate agreements that are starting to take shape in policy, regulation and the economy. The Energiewende never had a wider “systemic approach”, he says.

Please click below to see the second page of this article

In addition, German market observers say that, driven by conservatism and perfectionism, investors have not been able to break out from traditional investment models to embrace the sustainable finance rationale. Dustin Neuneyer, Head of Continental Europe at the Principles of Responsible Investing (PRI), which has contributed a ‘Roadmap fur Deutschland’ on fiduciary duty to the H4SF 10 theses, believes this is an “error in reasoning”, saying that sustainable finance in Germany was still largely seen as normative-ethical investment, and uncoupled wrongly from classical financial analysis. He argues that ESG criteria need to be differentiated between immaterial and material factors. Issues like climate change and physical and regulatory risks directly impact on returns, risk and liquidity, he says, and should therefore be integrated in financial analysis decisions.

As sustainable finance needs to be ‘dark green and perfect’, according to the definition of standard-setting niche players, talking about any lighter green investments becomes difficult.

Another difficulty is that German investors tend to seek “100% proof investment solutions”, Neuneyer says, whereas the dynamic development of ESG investment has allowed “partial solutions” only. German perfectionism has also led to mainstream players facing hard judgement from the public/retail sphere, says Kopp. As sustainable finance needs to be “dark green and perfect”, according to the definition of standard-setting niche players, talking about any lighter green investments becomes difficult. Kopp says that, as a result, a “veil of silence” has been hanging over the industry, hampering its growth.

Structural reasons have hindered the development of sustainable finance in Germany, too. It doesn’t have a capital markets ‘investment/speculation’ culture, but rather a savings and security outlook. Consequently, pension funds, the long-term investors that are usually inclined to invest sustainably, are limited both in size and by their investment guidelines. Ralf Frank, ManagingDirector at DVFA, the German Society of Investment Professionals, explains that while German pension funds and insurance companies are open-minded to the topic of climate change, they are largely obliged to invest into sovereign bonds, while equity investments are restricted. Velibor Marjanovic, Senior Vice President Group Development & Economics at KfW, says that two things were central for the Energiewende’s progress: one was the clear political willpower to shape a reliable framework for long-term and

sustainable investment through laws like the Renewable Energy Act (Erneuerbare-Energien-Gesetz, EEG); the other was the existence of an institution like the KfW, having the necessary size, expertise and market position to implement it. “We are involved in vastly more than half of all [national] investments in renewable energy,” he says, pointing out that only last year the bank allocated more than €35bn for green finance globally, of which €28bn was in Germany.
There had been high hopes for sustainable finance under Germany’s G20 presidency, which comes to an end on November 30. That hope hasn’t been clearly realised, but there is evidence that the political will for sustainable finance is now building. As is the investment rationale. The recent automotive diesel emissions scandal has alerted German investment professionals to the value of good corporate governance. Frank says: “VW was a wake-up call for many asset managers. They have begun to ask themselves how they can measure corporate governance to be able to invest in companies with better governance performance tomorrow.”
But strong political will to enable sustainable investment to grow is still needed to embed real ESG thinking across the financial sector. And there are signs that the Energiewende is stuttering as politicians grapple with how to transition away from coal without putting off voters worried about jobs. Alarm bells are ringing that Germany’s ambitious 2020 climate targets have already moved out of reach. The timing of the launch of H4SF could therefore be crucial. Success in mobilising institutional finance to sustainability may be just the solution German politicians are seeking to maintain the Energiewende’s momentum and get over the proof concept that has been holding it back as a serious investment theme to date.