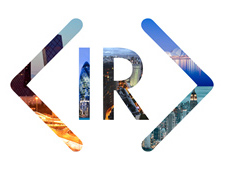 Harvard Business School academics Robert Eccles and George Serafeim, whose 2011 research with Ioannis Ioannou of the London Business School on corporate sustainability showed a financial premium for ‘high sustainability’ companies, have expressed a fear that integrated reporting could become yet another compliance exercise.

While integrating reporting as a concept has existed for around a decade, it only got formal guidance at the end of 2013 with the launch of the International Integrated Reporting Council’s framework.

Eccles and Serafeim identify two elements to an IR (integrated report) – the ‘information’ and ‘transformation’ functions in a new 18-page paper called Corporate and Integrated Reporting: A Functional Perspective.

They analyse reporting by Anglo-American, the mining giant which is listed on Johannesburg – which has had a ‘comply or explain’ IR regime since 2010, though there are no strict guidelines, rules or standards about what a company should include in this.

In 2012, Eccles and Serafeim note, Anglo-American was hit by serious market disruptions and labor unrest. The firm published an IR both in 2011 and 2012.

“We found that the IR was about 50 pages shorter in 2012 and one of the most useful elements, in our opinion, in the 2011 report, the ESG scorecard that summarized in one place the most important KPIs, was completely removed.”While financial performance had significantly declined, most of the ESG metrics that the firm chose to keep in 2012 did not show a similar deterioration, they add. “Overall, the 2012 report seems to be a rather traditional financial report with a few pages of the sustainability report stapled in.”

But regulation is less important for the “transformation function” and could even inhibit it. If regulation is more prescriptive and ‘rules based’ the risk is that IR becomes more of a compliance exercise.

Anglo-American’s reporting contrasts with that of the Coca-Cola Hellenic Bottling Company, which the academics call a “best case example of IR”. It takes into account all guiding principles and includes all of the content elements outlined by the IIRC and “clearly outlines risks and opportunities and the strategic and operational actions Coca-Cola HBC will take to address them”.

Eccles, Professor of Management Practice, is the chairman of Sustainability Accounting Standards Board (SASB) and a member of International Integrated Reporting Council (IIRC). Serafeim, an Assistant Professor, is on SASB’s Standards Council.