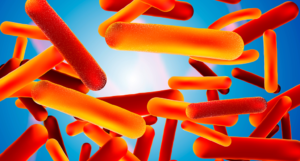 The revolutionary work of Professor Tim Spector of King’s College, London is moving us beyond genetics and traditional science, towards a dawning understanding of the microbiome.

It completely changes the way we think about food, and indeed health in general. But Spector’s core realisation that “the assumption that we are all identical machines” is plain wrong, and even a “dangerous myth,” also comes with heavy accusations against international food manufacturers.

In his new book 'Spoon-Fed', he suggests that they have deliberately held back our thinking.

What does this new science mean for responsible investors in food manufacturers and drug companies?

The role of the gut microbiome is fascinating. The term microbiome refers to the trillions of microbes in the human gut which, the book says: “contain 100-fold more genes than humans and behave like a virtual organ.” They produce thousands of chemicals and alter our responses to different foods. Our different glycaemic responses are under microbial influence, and our lipaemic responses are even more directly linked.

Think about this; again from the book: “Understanding the composition, function and diversity of the microbiome…means that future nutritional advice will be more personalised.” Indeed, all health advice. There has been much talk in the last twenty years that a better understanding of genetics would take us beyond an obsession with “nurture” back to understanding “nature” in the form of genetics. But the work of Spector and others is showing us the limits of genetics “genes have only a minor role in metabolic…responses to fats and carbohydrates.” It is a third element, the Microbiome which fills the gap in our understanding.

Spector asserts that this discovery has been deliberately delayed by the multinational food and drink industry, most especially the “top ten companies that control over 70% of what we eat and drink.” Responsible investors are attune to these multinationals’ environmental impacts – as the recent shareholder rebellion at Proctor & Gamble over deforestation proved. But Spector’s accusations give us something much more basic to worry about. Companies have directed consumers towards poor food choices and re-enforced negative behaviours by their manipulation of scientific research.

As Spector says: ”The more we eat the more food companies make money, and the more we eat ultra-processed foods rather than real food, the more money they make.” The food industry funded studies to show that regular snacking reduced weight because they “made fortunes designing novel tasty snacks.” The ‘healthy’ American breakfast of cereals and orange juice came about because “food companies were behind the products, studies and advice.”

One of the biggest myths according to Spector is calorie counting, a fictional number on food packaging giving a false sense of security. “The use of the calorie has been great news for the food industry” and a “disaster for individuals.” Claiming a precise causal relationship between calories and the consumer’s weight loss/gain is laughable. Metabolic rates vary by up to 25% between individuals, let alone the enormous differences caused by our microbiomes.

Certainly the relationship between industry and academia is a complex one. In the USA, the food industry provides 70% of the funding for food research. I should note, Spector and one of his collaborators Christopher Gardener are great advocates of yoghurt and plant based food. Yet Spector himself received a grant from Danone for his yoghurt work, while Gardener received funds from Beyond Meat (the California producer of plant based meat substitutes).

The rise in plant based eating is itself consumers’ response to all these processed foods, and also a search for a better relationship with the planet. The 2019 Eat Lancet report advocated “a global shift in our eating patterns to reduce emissions” notably “a major shift from meat…to increasing plant sources of protein.” It is estimated that 15-20% of global warming relates to food production with the biggest offender being the beef industry. Giving up beef “may be one of the most important climate actions individuals can make.”

Should Responsible investors support this move? The trend is strong. Beyond Meat has been phenomenally successful. The stock price, though volatile, has gone from $66 to $145 in the last eighteen months. As New Food magazine says “2020 was the year everyone discovered plant based” eating. By the summer of last year, plant based food sales were reported to be up 243%. Major retailers from Waitrose to Tesco are riding a vegan wave, and the vegan market is predicted to rise to $140 billion globally. In “Veganuary” even Burger King and KFC produced vegan products. Nestle recently announced it was launching a Vegan KitKat.

But is this a “play” for ESG investors? Spector himself notes the limitations of “veganmania.” He admits the health benefits are overplayed and studies show “vegetarians and meat–eaters have very similar death rates.” Vegans risk nutrient deficiencies (B12 and iron) while many of the meat “scare stories” are based on faulty research. The famous link between bacon and cancer came from a study where lab rats were fed the equivalent of 100 rashers a day. And the effects on the environment are complex. Almond milk or “white coloured plant juice” as Spector calls it (wryly noting “nuts don’t lactate”) requires irrigation of trees in deserts, which places huge pressure on water resources.”

I would add not all meat sources are as damaging as beef. Pork is actually the most consumed meat globally and recent research work by a team at Belfast University has shown that massive reductions in carbon footprint could be made by simple changes to animal feed “accounting for between 75 and 80% of carbon footprint.”

Perhaps more interesting for investors are the implications of Spector’s microbiome science for the drug industry. Take the massive global market for statins. According to pharmacogeneticists at the University of Pennsylvania, 11% of patients mysteriously see no benefit, and the microbiome is the prime suspect. Ted Dinan at Apc Microbiome Ireland argues the microbiome is a “virtual organ” in its own right and that “in a few years neither the US Food and Drug Administration nor the European Medicines Agency will license any drug unless its impact on that virtual organ has been studied.”

Several studies are even underway looking at the relationship between microbiomes and Covid. The great diversity of outcomes between patients – everything from not noticing you have the disease to extreme illness or death, has foxed doctors. This new branch of science is providing the missing link. A recent major study by Muthukrishnan et al concluded that “the gut microbiome is involved in the magnitude of Covid-19 severity.”

In this climate investors are increasingly funding a series of start-ups targeting the science of the microbiome. Most of these are currently in the States, such as Ginkgo Bioworks (with $719m of funding), Zymergen and Kaleido BioSciences. But there are a few in Europe such as Snipr Biome in Denmark.

Politicians also need to get involved. As Spector says “changing the system, as ever, comes down to politics.” Not least there is a basic need to change medical training: “in most countries students spend more time learning about scurvy, which they may never see a case of, than obesity” and the microbiome.

Spector has given investors and politicians a lot to think about. 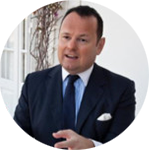 Christopher Walker is a writer on business and politics. He sat for several years on the asset allocation committee of a major asset manager, and worked as a drug analyst.