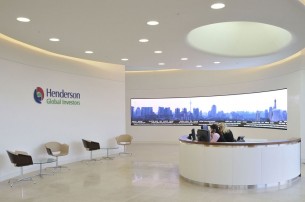 Henderson Global Investors, the UK fund manager, risks losing one of its major institutional SRI clients after The Tudor Trust, a UK charity with assets of £257m (€299m), said it was “considering its options” following the announced axing of Henderson’s dedicated socially responsible investing (SRI) team.

The trustees of the independent grant-making Tudor Trust, which was founded in 1955, have expressed their disappointment at Henderson’s decision.

“We regret HGI’s decision to close its in-house SRI unit and transfer the management of its SRI funds to its mainstream portfolio managers,” Tudor’s trustees said, adding: “Naturally we are considering our options.” Henderson runs a UK equity SRI portfolio for the trust worth around £50m.It follows disappointment expressed last week at the decision by some of the UK’s most influential ethical independent financial advisors (IFAs).

The trust has operated a socially responsible investment policy for 10 years. In its annual report it says it is “committed to a positive, long-term approach to investing, working with fund managers who share that approach”.

Tudor seeks to invest in companies that demonstrate socially responsible values and which offer the potential for sustainable growth in the future.

“This positive, long-term approach to investing is a key part of the strategy for the portfolio,” it says. It screens out companies that are inimical to its work, aiming to invest in line with its philanthropic principles and grant-making strategy.