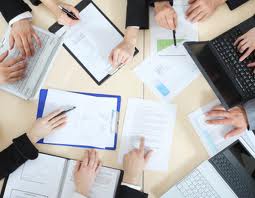 PFA is the first Japanese client for Hermes EOS, the stewardship division of Hermes Investment Management that is ultimately owned by the BT Pension Scheme.

Japan introduced its stewardship code – the Principles for Responsible Institutional Investors – two years ago. This was followed by the country’s first Corporate Governance Code, which came into force in June last year. The government also backed a review, headed by Professor Kunio Ito, that drew on the UK’s Kay Review of short-termism.

It’s all part of a push by the government of Shinzō Abe to reform corporate governance to stimulate the economy. This has seen the country’s influential Government Pension Investment Fund (GPIF), the world’s largest asset owner, embrace ESG and sign up to the Principles for Responsible Investment (PRI).

Hermes EOS, which has been involved in the development of both codes, recently appointed Masaru Arai, the former Daiwa Asset Management investment chief, as senior engagement consultant.Arai, a former director of the Principles for Responsible Investment (PRI), chairs the Japan Sustainable Investment Forum. In February, Arai revealed the findings of the body’s first survey on sustainable investment at the RI Asia event in Tokyo.
PFA is not one of the nine asset owner signatories in Japan, according to the initiative’s website.

“We are pleased to have appointed Hermes EOS to aid us in the implementation of the requirements of the Stewardship and Corporate Governance Codes,” said PFA’s Chief Investment Officer Daisuke Hamaguchi in a statement.

“At a high level, our focus is to improve the transparency and efficiency of Japan’s capital markets in order to attract more investors, not only from within Japan but also from overseas. It is about time the industry starts acting as good stewards.”

Hans-Christoph Hirt, Co-Head of Hermes EOS, said the appointment comes “at a crucial time for stewardship and corporate governance in Japan”.

Colin Melvin, Chair of Hermes EOS and Global Head of Stewardship at Hermes IM, added: “We have already seen a change in our dialogue with Japanese companies. PFA’s appointment of Hermes EOS presents an opportunity to advance the stewardship agenda in Japan and sets a strong example for its peers.”