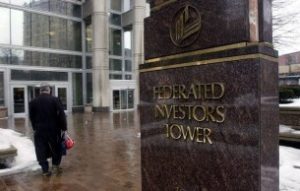 US asset management giant Federated Investors has acquired a majority stake in Hermes Investment Management from the BT Pension Scheme. Hermes, which has £33bn in assets under management, is well known for its strong governance and stewardship stance. Hermes, along with the BT Pension Scheme were founding PRI signatories in April 2006. Federated, which has $336bn in assets under management, joined the PRI last December with the launch of a new ESG policy statement, saying it viewed ESG factors as “qualitative information that is integral to its fundamental analysis process”.
Today, after months of press speculation, it has been confirmed that NYSE-listed Federated will pay £246m to the BT Pension Scheme (BTPS) for a 60% interest in Hermes. The BTPS will retain a 29.5% share in Hermes and will continue to invest in Hermes’ strategies as a client. Certain members of Hermes’ management will hold an aggregate 10.5% interest in Hermes.
Hermes will retain its own board, chaired by an independent non-executive chairman, comprising representatives from Federated, BTPS and Hermes’ executive leadership, as well as two further independent non-executive directors.Hermes has over 550 clients and also advises £336.1bn through Hermes Equity Ownership Services (EOS), its engagement arm. Saker Nusseibeh, chief executive of Hermes Investment Management and also chair of NGO the Carbon Tracker Initiative, said: “Through this opportunity, the same Hermes investment and stewardship teams will remain dedicated to our investment philosophies in London, while our products and services gain greater exposure through the network of 8,500 financial intermediaries and institutions that already do business with Federated.” A joint statement from Federated, Hermes and BTPS says Hermes’ people, processes, organizational structures and locations will remain in place. Federated’s lead financial advisor was Citigroup Global Markets Inc., with additional representation from Barclays Capital; BTPS was represented by PwC and Allen and Overy; and Hermes was represented by Fenchurch Advisory Partners LLP.