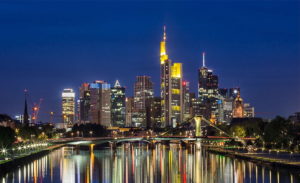 The German State of Hessen has become the first in the country to sign the Principles for Responsible Investment (PRI), as part of its efforts to strengthen its sustainable investing policies, which will see it exclude fossil fuels and nuclear energy, and look to ESG in its sovereign bond portfolio.

The State – which is home to Germany’s financial centre, Frankfurt – has signed up to the PRI on behalf of its €3.7bn reserve pension fund, which is managed by Hessen’s Ministry of Finance.

A spokeswoman for the State said its leaders were “convinced that ecological and social sustainability aspects and the aspect of corporate governance have to be taken into account when investing public assets”.

“We want to indicate our commitment to responsible investments and contribute to the development of sustainable investment practice in both the private and public sectors,” she continued, adding that Hessen hoped to help improve standards in the field by “exchanging information with other investors”.

Although Germany has a reputation for being slow on sustainable finance, Hessen has been quietly active in the space for more than a decade. Notably, in 2012, the state moved the pension fund’s entire equity allocation (around 30% of its assets) into a European ESG index developed by Stoxx.

The index excludes companies in violation of the UN Global Compact or other global norms, such as controversial weapons production, and the final stocks are selected on a best-in-class ESG approach.

In September, Hessen teamed up with the states of North Rhine-Westphalia, Brandenburg and Baden-Württemberg to put out an RFP for a new ESG index. In a bid to update its investment strategy to keep up with changing expectations around sustainability – and to align with the broader policies of the German government around coal and nuclear phase-outs – the index must exclude companies with more than 5% of their turnover generated from fossil fuel extraction or nuclear energy.A carbon footprint assessment may also be included in the new index, to accommodate the growing trend for decarbonisation in investment portfolios – something that wasn’t so central to the ESG debate when the first index was developed.

In addition to creating a new Eurozone index, the states are also asking for a global version.

The provider is yet to be selected.

At the start of 2019, the Hessian Pension Reserves Act was updated to incorporate ESG criteria, and to codify the need for the UN Global Compact to be considered in investments. While 30% of the pension fund is invested in equities, the lion’s share (around 60%) is in investment-grade sovereign, supranational and agency bonds. The spokeswoman told RI this would be a future focus for the fund, as it tries to ensure ESG standards across all its asset classes. The remaining 10% of its assets are actively managed in real estate, and these will also be assessed for “ethical standards”.

Hessen, one of 16 German federal states, is currently governed by a Conservative/Green coalition, which is behind the Green and Sustainable Finance Cluster (originally called the Green Finance Cluster Frankfurt of the Ministry of Economic Affairs for Hessen) – an industry-led working group on ESG in Germany. Frankfurt is home to more than 200 financial institutions, although very few are meaningfully engaged on responsible investment, according to market observers.

The state’s pension fund is managed by the German central bank, the Bundesbank, which is part of the Central Banks and Supervisors Network for Greening the Financial System (NGFS).

Dustin Neuneyer, Head of Germany & Austria for the PRI, described Hessen as a “first mover” in Germany, saying that joining the PRI sent “a strong and important signal”.