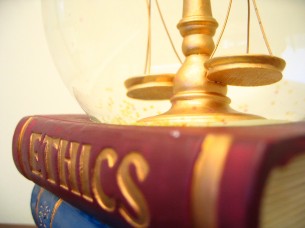 The expert panel set up by the European Union to make its capital markets more sustainable has debated a potential code of ethics for investment professionals.

The High Level Expert Group (HLEG) on Sustainable Finance was set up last year, tasked with submitting a report to the European Commission setting out the “scale and dimensions” of the challenges and opportunities of sustainable finance. It will recommend a “comprehensive programme of reforms” to the EU financial policy framework.

Now it has emerged that the group has debated the idea of introducing a code of ethics.

“Alongside stewardship principles and fit and proper tests, issues debated included a potential code of ethics for investment professionals and shareholder activism,” says the report of the group’s most recent meeting, held earlier this month.

It’s the first time in the records of the six plenary meetings that the HLEG has held so far that the word “ethics” has appeared; it did not appear in the group’s interim report published in July.

As sustainability consultant Rob Lake wrote here recently, the responsible investment world has “quite consciously distanced itself from the words ‘ethics’, ‘morals’ or ‘values’ – fearful that ‘mainstream’ investors will dismiss it out of hand if it uses this language”.The minutes aren’t clear about the nature of the debate or even who introduced the topic.

Another topic debated at the two-day meeting in Brussels was benchmarks, where the discussion was about how to move away from focusing on only a few ‘big’ benchmarks and indices and increase the availability and use of benchmarks that better reflect ESG factors in markets.

The group, chaired by AXA’s Christian Thimann, also discussed credit ratings and ESG factors, which the minutes say “some consider currently immaterial to some rating timeframes”. The debate revolved around the distinction between ratings, rating outlooks and scenario analysis and how to best incorporate sustainability issues into ratings.

There was also discussion about “missing topics” that have not been not covered so far. The minutes say: “Experts highlighted the importance of further looking into financial system actors such as banks, insurance firms, and stock exchanges. Accounting was also mentioned as a topic for further discussion.”

The HLEG had around 300 responses to its survey on its interim report and is due to issue its final report in January next year, the minutes say.

The HLEG’s next full meeting is on November 15/16.