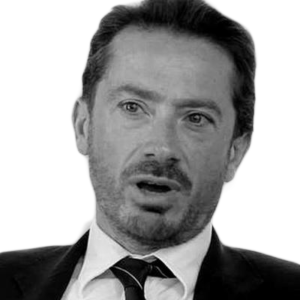 It comes as Mark Campanale and Nick Robins, the team behind it, are launching a new initiative called Planet Tracker.

An official filing with Companies House yesterday said Hobley’s “termination” as a director of Carbon Tracker took effect on March 8.

A statement from Carbon Tracker said Hobley will join its Advisory Board as co-chair in April, a position he will share with Campanale – although the statement does not contain any comments from Hobley.

The advisory board includes figures like former Obama climate advisor Paul Bodnar and ex-SEC Commissioner Bevis Longstreth alongside Stanislas Dupré of the 2° Investing Initiative and Catherine Howarth of ShareAction.

Hobley, who spent five years as CEO, sits on the Advisory Panel for the Climate Bonds Initiative and is a former president of the Climate Markets & Investment Association (CMIA). He was formerly a partner with law firm Norton Rose Fulbright where he was Global Head Sustainability & Climate Finance Practice. He also had stints at Climate Change Capital and Baker & McKenzie.

The change comes as Campanale and Robins want to “re-wire” the financial system to account for the risks of overstepping planetary limits in areas such as agriculture, water and forests with a new body called Planet Tracker.

Planet Tracker first broke cover last July when RI reported that it was seeking a Director of Research.

The think tank is to provide data and market intelligence in a bid to translate ecological collapse into material risks that can be factored into valuation models used by investors and analysts.Campanale told RI that Planet Tracker builds on the pair’s previous work: “Carbon Tracker analysed the world’s stock exchange-listed fossil fuel companies and tried to understand them in terms of ecological boundaries. We’re now trying to do that for the rest of natural capital.”

The initiative has recruited a team of eight, including researchers, data specialists and support staff, to carry out the work.

Robin Millington, who came over from EAT foundation and who was previously Director, External Relations at the European Climate Foundation, is Executive Director. She has also had senior roles at INSEAD, the French business school and is Vice Chair at the Gold Standard Foundation, the NGO-backed Clean Development Mechanism body.

Gabriel Thoumi, an ESG integration specialist and former Director Capital Markets at Climate Advisers, is Director of Financial Markets, while Matthew McLuckie, previously at Credit Suisse and Conservation Capital, is Director of Research.

The think tank aims to pool the expertise of financial market professionals with environment, industry and scientific experts, speaking about ecological limits “in a language that the financial community understands”.

The Planet Tracker website says that its work will provide “a basis for investor engagement, policy reform and positive investment strategies”.

The initiative is entirely grant-funded, with backers including conservation-focused organisations the Oak Foundation, MAVA Foundation, and the Gordon and Betty Moore Foundation.

A key area of the think tank’s remit will be fisheries; Planet Tracker is a development of the earlier Fish Tracker initiative.

Campanale said: “There’s not much publicly available research on the individual companies and what they do and where and how they operate.”