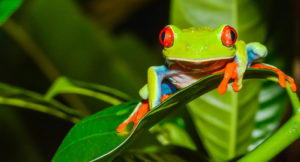 HSBC Global Asset Management, Axa Group and Allianz France are among 26 financial institutions, representing over $3trn in assets, that have pledged to ramp up their efforts on biodiversity by measuring, setting targets and publicly reporting on their biodiversity impacts by 2024.

Signatories to the Finance for Biodiversity Pledge, launched today at the UN Nature for Life Hub virtual event, commit to “making a positive contribution to biodiversity through their activities and investments”.

The five-point pledge, which was initiated by Dutch bank ASN Bank and France's state-backed bank Caisse des Dépôts, includes a commitment to “set and disclose targets based on the best available science to increase significant positive and reduce significant negative impacts on biodiversity”.

Its new report, Paving the Way Towards a Harmonised Biodiversity Accounting Approach for the Financial Sector is described as an “important step towards a harmonised biodiversity accounting metric for the financial sector” and offers financial institutions guidance on how they can begin to account for their biodiversity impacts.

Dutch financial institutions involved in PBAF include Actiam, FMO, Robeco and Triodos Bank, and its format mirrors the carbon accounting initiative, PCAF, that ASN Bank set up in 2015 and which has recently seen global success.

Roel Nozeman, Senior Advisor Biodiversity at ASN Bank, told RI that he hopes that signatories to the pledge will eventually become members of PBAF.

The report, he said, offers financial institutions a “starting point” to begin to account for their biodiversity impacts by offering suggestions on principles around disclosure, how to deal with data and different impact indicators and metrics.

Nozeman tells RI that understanding biodiversity impacts is a “very complex” challenge for financial institutions, but adds that the costs for failing to address them could be “enormous” both financially and ecologically.

Environmental non-profit WWF recently estimated that the global cost of inaction on ecosystem decline could stand at $9.87trn between 2011-50, and this week Zurich-based insurer Swiss Re reported that a fifth of countries worldwide are at risk of ecosystem collapse.

“Biodiversity is one of our biggest challenges,” said Arie Koornneef, CEO at ASN Bank. “We urge other financials to sign up for PBAF and join us in committing to the Finance for Biodiversity Pledge.”