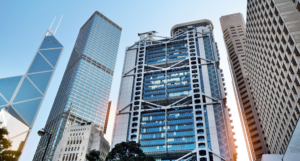 HSBC has come under fire for excluding capital market activities, such as the underwriting of bonds, from its climate targets published earlier today.

Last week, it was revealed that over half of general corporate purpose financing received by oil and gas companies since 2016 were in the form of capital markets underwriting. UK-based banking giant HSBC has been identified repeatedly as one of the world’s biggest funders of fossil fuels in recent years.

According to today’s announcement, HSBC has pledged to meet an absolute emissions target of 34% in relation to the oil and gas sector, and a 75% emissions intensity reduction for power and utilities. Both targets carry a 2030 deadline and apply only to upstream industries where, HSBC says, the majority of emissions take place.

The targets will be measured against emissions in 2019, the baseline year.

The choice to adopt an emissions intensity metric for power and utilities, rather than an absolute emissions cap, reflects the need to reduce emissions “while also meeting growing electricity demand”, said HSBC.

It said that the two targets were aligned with global sector decarbonisation pathways set out by the International Energy Agency and met guidance from the Net Zero Banking Alliance.

However, NGO Market Forces has said that the exemption of capital market activities from HSBC’s targets rendered the pledges not fit-for-purpose. The body noted that almost two thirds of fossil fuel financing were sourced from capital markets, not banks, which would limit any material impact that the bank’s pledges would have on overall financing levels.

HSBC helped raise a $533m bond for the Arabian Drilling Company last week, in addition to underwriting a $1bn bond for Mexican oil giant Pemex at the end of last year.

Market Forces also queried the exemption of midstream and downstream fossil fuel producers, and the use of emissions intensity targets which it said “is no guarantee of absolute emissions reduction from power plants and their owners”.

When RI approached the bank for comment on the Market Forces response, a spokesperson referred to today’s announcement and would not comment further.

The feedback from Market Forces was echoed by investor pressure group ShareAction. Jeanne Martin, the body’s Senior Campaign Manager said: “HSBC’s decision not to include capital markets activities – which make up the bulk of its financing to the sector – should raise questions about the credibility of its strategy.” According to ShareAction, the omission breached “the spirit of the agreement” made by HSBC last year, where it committed to “set a clear, science-based strategy” on fossil fuel lending.

Despite excluding capital markets activities from the calculation of its financed emissions, HSBC has continued to report capital markets activities related to green and ESG-focused transactions jointly with lending. According to annual reports, HSBC provided and facilitated $126.7bn of sustainable finance and investment towards an ambition of between $750bn to $1trn by 2030.

Going forward, HSBC has said that it is “supporting efforts to establish an industry standard” for capital markets activities and will review its targets in the event one becomes available. For now, capital market activities related to fossil fuels will be reported separately to its climate targets, as ‘facilitated emissions’.

HSBC has also said that it will help develop and review client transition plans for Net Zero, although no details were provided as to how this would be enforced. A similar announcement from NatWest this week pledged to end all services to fossil fuel companies without Paris-aligned transition plans.

Finally, HSBC committed to publishing financing targets for coal, mining, cement, iron and steel and other carbon-intensive sectors in 2023, in addition to its own internal Net Zero strategy.