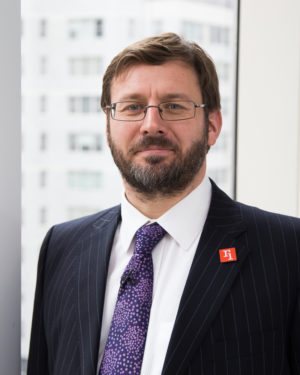 First, the good news. If you’re reading this article then you work in, or are passionate about, a sustainable finance industry that is growing and delivering value to savers; definitely in Europe, and probably in most regions.
A smart report out last week by Morningstar said assets in Europe in what it terms its sustainable fund universe had reached a record €595 billion, following a six-month record net inflow of €36.9bn (net inflows for the whole of 2018 were €38bn). This represents 20.5% growth in six months, compared to an expansion of total European fund assets of 7.7% over the same period.
Not surprisingly then, the universe of 2,232 sustainable funds is growing quickly. In the first half of 2019, 168 new funds were launched, compared with 305 for the whole of 2018.
And importantly – after years of being told that ESG factors have no place in the portfolios of ‘real’ investors – it turns out they do. Whodathunkit!?
In terms of performance over a significant five-year time horizon, the returns of 59.4% of the sustainable funds landed in their respective investment category’s top half.
In the past 12 months, they’ve fared even better with 63% of sustainable funds in the top half of their respective categories, 34.1% in the top quartile. Only 36.9% finished in the bottom half, including just 14.8% in the bottom quartile. Morningstar says the numbers are consistent with ‘evidence’ from academic research that suggests no systematic performance penalty associated with sustainable investing and possible avenues for outperformance based on reduced risk or added alpha. Time to get the bunting out!
Not so fast people….
The bad news, of course, is that we have a woolly mammoth-sized problem in the room; that is – like all the biggest problems – a series of inter-linked dilemmas.The woolly mammoth is that we are not making progress on many of the major problems we purport to address in sustainable finance.
Some required reading on this is a paper by Duncan Austin, former Partner at Generation Investment Management and ex Senior Associate at the World Resources Institute. The paper is housed on the Preventable Surprises website. It explores the cleverly-monikered theme of ‘greenwish’, the fallacy that our actions in sustainable finance are leading to change.
It will ring true to those of us who believe that sustainability must involve the finance sector, but recognise that in the absence of real political and societal shifts, change is hamstrung by the inherent requirement of profit within the status quo: Read the paper here.
A second related problem in the absence of real change is that data on sustainability becomes inert, or quickly absorbed into prices. A short paper by Martin Grosskopf, VP, Portfolio Manager and Director Sustainable Investing at AGF Management, the Toronto-based fund manager, outlines the conundrum.
What both papers have in common is the reality that transformation is difficult – impossible maybe? – in economic growth systems geared toward short-term profit via secondary markets.
This creates a third ‘reality’ problem: definition. It’s no surprise that Morningstar raises a significant drawback in its report, noting that “identifying and categorising sustainable funds remains a challenge” and pointing out that: “While most of the growth in the number of sustainable funds has come from new launches, asset managers have also repurposed and renamed existing funds.”
Morningstar adds: “A distinct lack of information in
prospectuses, factsheets and KIIDs means that there is often confusion or lack of standardisation in the industry. Fund names alone don’t tell the story, and the line between traditional funds that have adopted more sustainable thinking and those with dedicated remits has become blurred.”
The problem is worse than ‘blurred’, it can be dangerous.
At a recent RI conference, a fund manager representative said its sustainability methodology had led it to buy Brazilian bonds after the election of Jair Bolsonaro as President. When asked why, they said Bolsonaro’s pro-business agenda would help with the ‘S’ and that the ‘E’ issue of mass deforestation in the Amazon (one billion trees per annum and counting…) was a longer-tail risk outside the terms of the bonds.
A recent Economist feature spread rightly called Bolsonaro’s environment policies Deathwatch for the Amazon.
Similar dangers are inherent in RI’s recent coverage of Brazil’s Marfrig Global Foods’ ‘sustainable transition’ bonds, a $500m allocation by the second biggest beef producer on the planet.These critical debates are starting to play out at the regulatory level: witness the heated discussion on the green Taxonomy for the EU’s Sustainable Finance Action Plan.
Consumers are raising sustainability issues more in their buying decisions. And we are hearing a shift in rhetoric from business; witness the US Business Round Table’s hot air that companies should “protect the environment” and treat workers with “dignity and respect” while also delivering long-term profits for shareholders.
But all this is far too slow and inconsequential. Meanwhile, the consequences are catastrophic.
We know what the problems are. But anyone looking at the data and the science realises we need much more political and societal clarity on what needs to be stopped, what needs to be phased out, and what needs to be financed.
Sustainable finance has massively helped drive knowledge and acceptance of this reality into the ‘language’ of business and financial markets. Now it needs to focus on the reality of what is required, and how it will be achieved. That will require an ultra smart combination of campaigning, political lobbying, critical research, investing and inspiring for systemic change.
Paraphrasing Winston Churchill, we are at the end of the beginning in responsible investment.