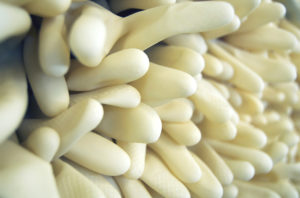 Manufacturers of surgical gloves in Malaysia – responsible for 60% of the world’s supply – have ramped up production following a letter from the EU to the Malaysian trade ministry requesting that it takes “necessary measures to ensure adequate production and supply” of the equipment.

In the letter, seen by RI, EU Ambassador to Malaysia, Maria Fernandez, suggested that manufacturers could utilise “creative options such as 24/7 production”.

But local NGOs and human rights activists have criticised the letter’s failure to reaffirm the rights of factory workers – primarily migrants from Nepal, Myanmar, Indonesia and Bangladesh – despite a history of forced labour and other human rights violations within the sector.

In September 2019, WRP was blacklisted by the US over the usage of forced labour, but the ban was revoked in March – amid a surge in demand for personal protective equipment (PPE) – after US Customs and Border Protection cited “better working conditions” at the company.

Andy Hall, an activist on migrant worker issues in the region, said to RI: “It is disappointing that in their response to COVID19, the EU, US and other leading global importers of gloves and medical products have failed to also emphasise the importance in upholding their oft stated modern-day slavery and socially responsible public procurement commitments.

“It is not a question of either increased glove production to meet global needs and to ensure protection of frontline health workers or the protection of workers at high risk of forced labour – both are crucial at this time.”

The office of Ambassador Fernandez said it had noted the criticisms but did not offer a response.

Glorene Das, Executive Director of human rights NGO Tenaganita said that her organisation had already received reports that workers were not being provided adequate food and that many were yet to be paid for their labour.

She told RI: “If left unchecked, this pandemic will lead to a tremendous exploitation of workers – who are now at their most vulnerable. These industries have already failed to meet the basic needs of their workers in the past and must not be allowed to do so again. We are currently in the midst of collecting evidence of human rights abuses and violations.”

Opposition lawmaker Charles Santiago MP said to RI: “While the EU’s concerns are understandable, the onus is on regulators and manufacturers to ensure that workers are adequately protected, not only while at the factory, but at their shared accommodation which can often be cramped and squalid.

“Factory workers who are risking their health and wellbeing by working should also receive additional compensation for their hardship, something that nearly all manufacturers have refused to do so far.”

Glovemakers and manufacturers of PPE are among designated key industries that have been given an exemption to operate during a country-wide lockdown by the Malaysian government, with Kuala Lumpur-listed Top Glove recently announcing a factory utilisation of 95%.

The share price of €3.5bn Top Glove – a constituent of the ESG-focused FTSE4Good Bursa Malaysia Index – has soared by 43% since December, with significant recent acquisition by foreign investors including BMO Asset Management, Northern Trust, Nikko Asset Management and Lazard.