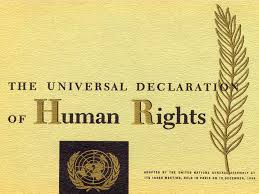 Professor John Ruggie has explained to Responsible Investor how the United Nations Guiding Principles on human rights that bear his name clearly apply to institutional investors and the financial community more generally.

The Principles were developed by Ruggie, a Harvard professor and one of the world’s leading political scientists, and came into force as a “soft law” standard in 2011. The principles are all but identical to the OECD’s Guidelines for Multinational Enterprises that were developed at the same time.

It is under the OECD guidelines – and their ‘National Contact Point’ grievance procedure – that the role of minority investors has come under scrutiny.

The principles had been thought to apply mostly to corporates but institutional investors have been drawn in via a de facto test case brought by a group of NGOs against Dutch pension fund manager APG and Norges Bank Investment Management, the manager of the Norwegian state fund. (See RI coverage.) The complaint related to their minority investment in controversial Korean steelmaker POSCO.

While APG, in September 2013, reached agreement with the OECD over the responsibilities of minority shareholders, the Governor of the Norwegian Central Bank has said the principles are potentially “untenable” for minority shareholders.
“It is important for the OECD Investment Committee to appreciate that an alternative interpretation and implementation the Guidelines could create an untenable situation,” Norges said in a letter to the OECD.

Last June, RI reported that NBIM was still awaiting clarification from the OECD. It is into this context that Ruggie himself, in an interview with Responsible Investor, has made his position clear.

“There are really two separate questions. One: what is the implication of the Guiding Principles for financial institutions? And what are the implications for minority shareholders?“The OECD itself has had a process of responding to those two questions and the response was: the question was not if the Guiding Principles are applicable to financial institutions and minority shareholders but exactly how.

“I think that question is still under discussion in the financial community itself so there is no other answer except that it is established, at the level of principle, that this is applicable. But not in the same way as a mining company that’s blowing the tops off mountains and displacing communities.”

“It is established at the level of principle that this is applicable.”

Ruggie was speaking as his Shift advisory group launched a reporting framework for the UN Guiding Principles, which has garnered support from 67 global investors with $3.9trn.

It introduces the notion of reporting “salient” human rights risks being faced by companies (and, indeed investors).

Ruggie says it represents the “operationalization” of his principles. He told RI: “SRI groups and pension funds don’t have to make up their own interpretations any more of what this means. You now have a common framework and guidance notes to do that. It makes life simpler for everybody.”

He cited former Shell Chairman Sir Mark Moody-Stuart as saying if the guidelines had existed when he was running the oil company that it would have “saved a lot of people a lot of harm and would have saved Shell a lot of money”.

And asked about the limitations of ‘soft law’, Ruggie quoted a lawyer he’s working with as saying “for me, law is what can get my company into trouble”. Ruggie continued: “Whether it’s hard or soft is irrelevant. I may be operating in a jurisdiction with a weak judicial system but that doesn’t mean I’m going to be left alone.”