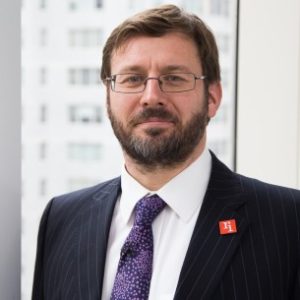 Dying for press freedom: ARTICLE 19
In 2016, 259 journalists were imprisoned worldwide and 79 were killed for doing their job, according to ARTICLE 19, the respected freedom of expression organisation.
Let that sink in.
In a new report, ARTICLE 19 cites a seriously worrying decline in media and democratic freedom, which it says is at its lowest level for a decade. Turkey, Brazil, Bangladesh, Burundi and Macedonia recorded serious declines in free speech over the last ten years. Press liberty is a proxy for a country’s social and economic health. Aside from the clear human rights abuses, good government and responsible capitalism ultimately depend on the principles of transparency, media plurality and freedom of expression. Restrictive regimes aren’t just bad – and should be challenged on it – but they are also bad for business…over time. The rise in attacks on journalists, human rights defenders and activists exposing corruption and abuse is deadly serious.
ARTICLE 19 has a new metric out that measures the state of freedom of expression in 172 countries.
It would be great if we could see its use by investors.

Universal principles
Kweku Adoboli was dubbed the biggest rogue trader in British history when he was convicted in 2012 for losing $2.3bn of Swiss bank UBS’s money.
He served half of a 7-year sentence in prison. During the trial, the corrosive, high-pressure atmosphere of bank trading was pored over and it emerged that UBS had uncovered at least three other separate instances of unauthorised trading, asking serious questions about its compliance procedures and its culture. Oswald Grübel, chief executive, left, and the bank was fined £30m by the British finance regulator for its failings around the loss.
Since being released, Adoboli, who moved from Ghana to the UK aged 12, has talked publicly about the human and financial dangers of the trading floor; a hugely important example to try and prevent such devastating blow-ups happening again. Now, the UK government is trying deport him to Ghana. This is poor principle in terms of human rights, and in terms of better governance in financial markets.
If you want to sign a petition against Adoboli being deported, ahead of his hearing on December 7, then follow the link.A clarification: Article 173
French President Emmanuel Macron has summoned the great and good of global leaders to Paris for his One Planet summit on December 12. At RI, we’ve been supportive of the plans that Macron has outlined for sustainable finance. However, one thing investors will be hoping to hear about is the progress of corporate and investor reporting under Article 173. The legislation is a rare animal in France, being a comply-or-explain rule (I have heard many people say it is ‘mandatory’…it’s not quite) that requires investors to report this year on how they integrate ESG into their investment processes, outline the greenhouse gas (GHG) emissions of their investments and contribute to the financing of a low carbon economy.
Diligence, then, on whether and how companies are responding, is vital. WWF has fired a first warning shot in a report looking at the Article 173 reports of France’s biggest insurers, a huge part of the country’s retail savings market. It claims that many are of varied quality, difficult for the public to understand, and insufficiently linked to international initiatives like TCFD: Link to report in French
A related poll by IFOP for WWF France found that 57% of French people are in favour of their savings contributing to the fight against climate change.
If Macron can get the hugely important area of good environmental accountability right in France by making Article 173 a truly high quality standard, it would be a giant step forward.

Another giant step
A similar leap could happen in the UK if the country’s new industrial strategy is anything to go by.
One of the main challenges the government says it will focus on is ‘Clean Growth’, noting that “We will maximise the advantages for UK industry from the global shift to clean growth.” That’s a clear signal to institutional investors to start paying much more attention to renewables and related green technologies

RI Americas
We’re heading to New York next week for our 8th RI Americas conference on December 6/7. It’s going to be our biggest yet with about 450 attendees, despite, or maybe because of President Trump. Check out the agenda
There’s a lot happening simultaneously in New York next week. I’ll also be attending The Jewish Impact Investing summit organised by Jlens, and FAIRR’s seminar on Sustainable food systems: investment risks and opportunities
Hope to see you there!