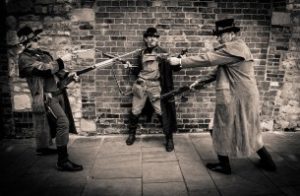 Sometimes, a word in a headline hits hard.
Today’s sucker-punch headline word is ‘considered’. As in the findings of Mercer’s recent European Asset Allocation Report, which found that a shockingly low 5% of 1,241 European pension schemes with €1.1 trillion in assets had ‘considered’ the investment risk posed by climate change.
Just ‘considered’… let alone taken any action. 5%. Depressing.
As ever though in today’s click-bait world, the headline is nought without context. And there’s a quite a bit of further information to add to Mercer’s headline number.
The first is to understand the data.
84% of the schemes surveyed are below €1bn in assets where we know there is an issue of resource and application on climate change research.
Mercer is calling on trustees “to begin prioritising the issue”, although just ‘to prioritise’ climate, would be better.
Happily, Mercer recognises “its own role in educating trustees on this issue”, which is even more key among smaller and medium-sized schemes that are dependent on consultants for direction.
On that basis, we can no doubt expect much better ‘consideration’ of climate/economic data very soon (more of which shortly).
Many pension funds have beneficiary profiles of decades, just when climate change on its current trajectory will, according to the best available, peer reviewed, scientific data, start to cause much greater environmental and economic damage. The definition of fiduciary means little unless 100% of funds are at least ‘considering’ climate in their investments.The second caveat is that many pension funds are not being made aware of where climate change could be relevant to their investments right now. The Mercer report is an asset allocation study – so roughly a 2-5 year horizon – and climate is still being looked at as a longer-range risk; just when it’s too late to act. That doesn’t make it easy for long-term investors. But it does mean there is an imperative to weigh up long-term considerations with short-run investment returns.
More pleasingly, the Mercer report shows evidence of this holistic thinking, noting a gradual increase in the number of European pension schemes factoring ESG issues into their investment process. Financial materiality is the main driver, cited by 28% of respondents in 2017 compared to 20% in 2016. The report found that around 20% of asset owners integrate ESG risks into their investment beliefs and policy with 22% of those surveyed having a standalone RI policy.
This is better, but nowhere near good enough, given that it’s an issue where regulators are now wisely demanding action. As RI has reported, the IORP2 Directive requires an ESG response by funds.
And the Financial Stability Board is recommending that all corporates – which should include the fund managers that invest pensions money – step up to report on their own climate data via its forthcoming Task Force on Climate Related Financial Disclosures (TCFD) final report, due out on June 29.
Indeed, Mercer’s own Investing in a Time of Climate Change report outlined the major, damaging investment impacts of a +2˚C scenario and showed that long-term investors could position their portfolios for such a scenario without materially reducing expected returns. This report needs to be raised prominently in more trustee meetings by Mercer’s consultants, not just the RI

specialists. As Kate Brett, senior RI specialist at Mercer, notes: “Regulators are increasingly clear that asset owners should be considering all risks that may be financially material, including ESG related risks and longer-term risks such as climate change – proactive consideration of these issues is absolutely consistent with fiduciary duty. The forthcoming recommendations of the Financial Stability Board’s Task Force on Climate Related Financial Disclosures are likely to help drive further focus on climate risk management by asset owners.”
So why the inaction of so many pension funds on climate?
One must assume that they don’t believe the financial necessity, or that they don’t believe that governments are going to follow through on their COP 21 commitments to seriously decrease C02 emissions and promote a low carbon economy, despite the prevailing wind that is now blowing in terms of low costs renewables, technology, and a growing, younger consumer base that is moreenvironmentally concerned than previous generations.
But, assessing the political, economic and environmental equivalent of a Mexican stand-off for the flinch that will pull the first the trigger is a dangerous game, especially for investors, when so much is on the line.
A report published last week by Carbon Tracker, the PRI and institutional investors identifies which listed oil and gas companies risk wasting the most potential spending on high-cost upstream projects that are surplus to supply needs in a 2˚C world. It finds that $2.3 trillion of projects – roughly a third of business-as-usual investment to 2025 – is unneeded.
Link to report
That’s huge amounts of savers’ money being spent unnecessarily right now for a time threshold that’s just 8 years away. And it’s well within the asset allocation ‘consideration’ range of all serious pension funds! At the very least, those funds, their advisors and their managers need to tell us immediately why they don’t believe the data if they are doing nothing about it.