Responsible Investor
Home Hot Topics I want to make an official request of regulators and the ESG...
Return to search
Hot Topics 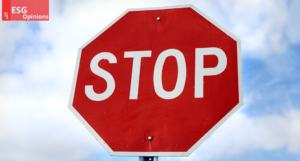 I want to make an official request of ESG regulators and the ESG community.

I have spent more than 10 years building ESG ratings and analyses for investors. Not in that everyone is an ESG expert these days way; no, more in the wouldn’t it be cool if we built a model that disrupts capital markets? kind of mad-science way. I joined the Innovest team as they assimilated into MSCI ESG and we built all sorts of crazy interesting models. After about 10 years, I left what became the market machine for ESG to go back to building weird stuff. Stuff like the first at-scale ESG risk models in private markets, ESG for collateralized loan obligations, analytics around board members, stakeholders risk models – stuff you can mention at parties and people generally say, “oh, that doesn’t seem like finance – that’s cool.”

I should say up front: this is my comfort zone. The wilderness where there is limited data but a vision for what you want to measure, whether it’s the carbon cost of an airplane ticket or a dividend paid to community stakeholders. Maybe this is why the regulation of ESG and the constant calls by ESG users to “standardize” and “align” and “identify the proper metrics” are unnerving. Or maybe I find it unnerving for a totally different reason: it suggests that, after more than 12 years in ESG, no one knows what the hell it is.

The qualitative nature of the sell-side ratings (and how we use them) hits absurd heights, too. Cao, Guan, Li and Yang found in Chinese markets that the “beauty” of the analysts was positively correlated with better access to information

ESG data feels very, very new. While the pursuit of ESG data might be 3,000 years old, driven by religious institutions, its modern organization is only a few decades old. New or old, finance is an information economy – even the first incarnation of credit ratings from the Mercantile Agency included data on marital status, infidelities and religious beliefs. If ever there was a community primed for new data, it should be us.

Or maybe not. Specialization has left finance without adaptability – new data is unusable until there’s a textbook, a standard, or a codified method. Investors have a simple cognitive bias called functional fixation. And it isn’t new.

Functional fixation is the human instinct to do things the way they’ve always been done. Reject the new, the variable, and stick with tried and true. George May, the chair of the group that helped formalize GAAP accounting in the United States as part of the Securities and Exchange Act of 1934, was surprised even at the time how financially educated colleagues largely thought of only one way to value a company. “We accountants know how varied are the methods  commonly and legitimately employed, how great the effect of a difference of methods on the earnings of a particular period may be…”, he said. For years, it was the rejection of ESG data and ratings altogether. ESG ratings becoming mainstream means having the comfort of knowing that all ESG ratings of Tesla are the same. It means keeping things sane – no crazy new data sets, no weird variability, just sticking with the things we know work. Just like the sell-side.

While regulators argue over the best ESG KPIs to represent ESG-ness, sell-side research and analyst ratings are routinely used to make investment decisions despite the fact that they can (and do) conflict drastically, are often wrong, and can be so utterly flawed and human as to be silly.

Take Tesla itself: according to the Wall Street Journal, as of this writing, 15 analysts rank Tesla as a Buy, 12 a Hold, and 9 a Sell. UBS had Tesla’s stock price target at under $400 from September of 2020 until March of 2021 when the stock rose to $800, after which they reset their price target to under $800 only to watch it rise to over $1,200. In November 2019, Jim Cramer, an outspoken critic of the carmaker, suddenly said he was “a bull on Tesla” because his wife wanted one of their cars.

Sell-side data, too, isn’t exactly a case study in uniform, codified data or ratings. A paper by Bradley, Gokkaya and Liu found that analysts with more professional connections to the firms they cover had better data and issued better recommendations. Another paper by Merkley, Michaely and Pacelli found that the number of analysts covering a company was a determinant in the value of the recommendations.

The qualitative nature of the sell-side ratings (and how we use them) hits absurd heights, too. Cao, Guan, Li and Yang found in Chinese markets that the “beauty” of the analysts was positively correlated with better access to information. In my personal favorite, Even-Tov, Huang and Trueman found in the US that when analysts had the same first name as the CEO, they had better information and their recommendations were stronger than if they didn’t. The effect was stronger the weirder your first name was.

Yet here we are discussing how ESG data and ratings should be regulated, how ‘greenwashing’ needs to be stopped, how we live in the wilderness and need the rigor of financial markets.  ESG ratings users are demanding to know why Tesla is rated as average by Sustainalytics for Corporate Governance but a Best-in-Class leader for MSCI ESG, but we accept as wholesale that Tesla can be both a Buy and a Sell. When an ESG data or ratings provider comes along and says “we think board diversity matters more than carbon”, the users or the regulators say “prove it”.  It’s a black box that needs to be regulated! All the while, functional fixation allows us to think P/E ratios are a potential indicator of future market value, though multiple studies have shown P/E isn’t a good predictor of anything in particular. But then, I suppose, neither are 36 sell side firms with opposite reactions to Tesla.

Which brings me back to the request. Stop it.

The fact is this: ESG ratings being uncorrelated is exactly what we want.   It isn’t a flaw, it is the plan.  I like the data being sloppy or complex. It forces me to think, to reassess, to constantly evolve. It leaves room to create and force change in a way that can’t be easily gamed. ESG is an imperfect art, but no less than sending beautiful analysts named Elon to eek out a bit of information for stock recommendations.

So please, pretty please, stop.  Because some of us prefer the wild. 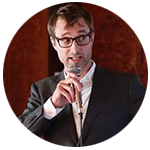 Matt Moscardi is a consultant and podcaster at Free Float Media, where he specialises in ESG and business news. He spent almost a decade at MSCI, most recently as Content Director. He has also been Head of Investment Programmes at US-based responsible investment network Ceres.